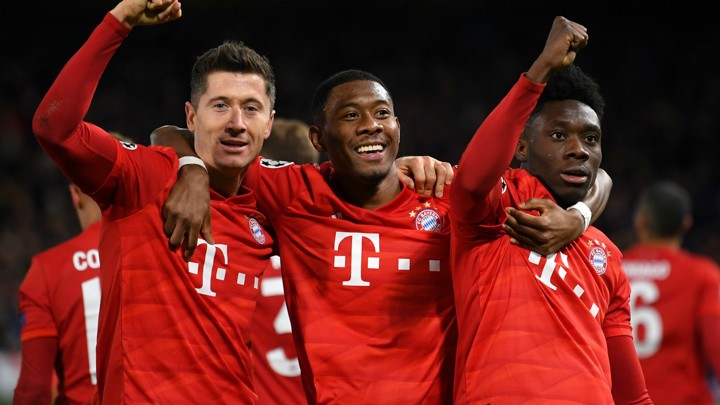 Alphonso Davies has tipped his Bayern Munich to go all the way in this season's Champions League campaign.

"I really feel that with the quality have we can win the Champions League," the 19-year-old Canada international told ESPN.

"I played really well [against Chelsea]. I did what the coaches asked me to do, defended well, attacked well.

"Obviously it is not going to be easy. There are still a lot of good opponents in front of us that we have to get past. Each and every day we have that in the back of our minds, that this year could be the year that we win the Champions League again.

"My favourite part about [Flick] is that he lets us play, lets us be creative. He implements his coaching tactics, how he wants us to play, but at the end of the day, football is free-flowing. He just wants us to win games and enjoy playing our football."

Born in Ghana to Liberian parents, Davies was brought up in Canada and represented the nation at youth level before receiving his citizenship in 2017, which made him eligible for the senior national team.

He now boasts 17 caps for the country and insists that, despite its reputation as a footballing backwater, there is no shortage of talent.

"Yeah, I always feel like Canada have quality footballers and with us playing so highly in Europe it opens the eyes of other teams to look at our players.

"Even though it snows there [in Canada], even though we play hockey, we still play football. We're good at it."