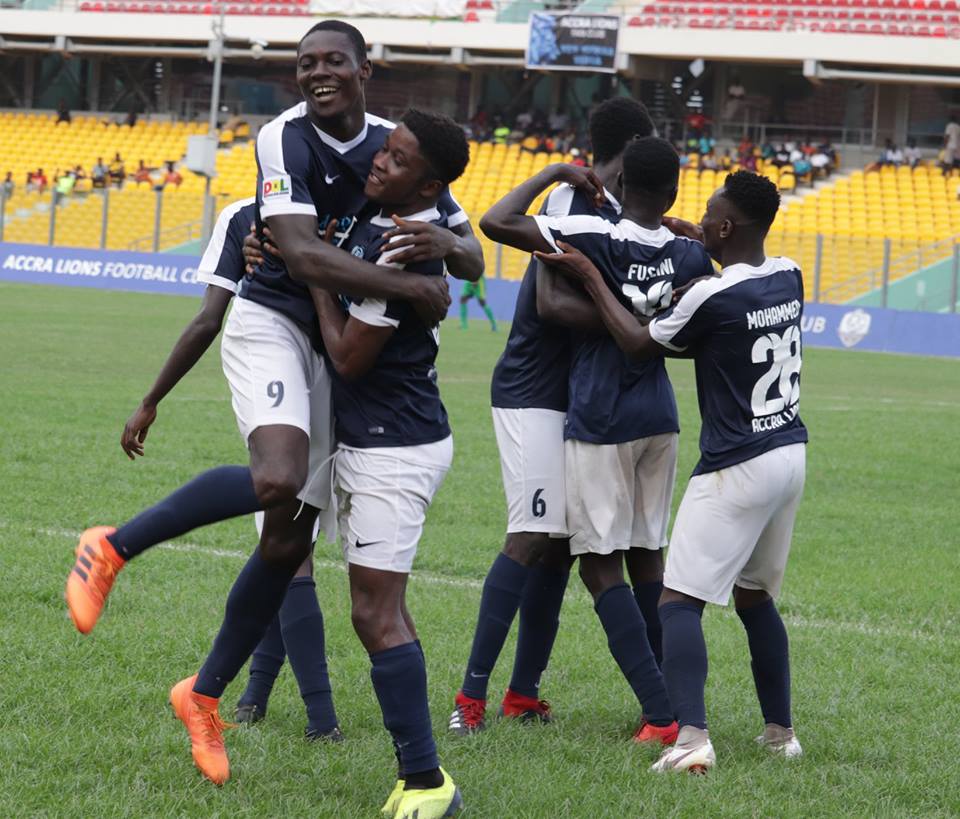 Ghanaian second tier side Accra Lions pulled a big surprise when they defeated Niger top-flight club 2-0 in a friendly on Saturday.

Lions, who are modeling their club to be the most professional in the country, stunned the 13-time Niger champions in the match played at the Accra Sports Stadium.

The East Legon-based team completely dominated their opponents with the ambitious club scoring in both halves of the game.

The dominance sparked some frustration among the Nigeriens who were expected to dominate the game and the exasperation led to the bizarre incident of a Sahel player exchanging blows with his coach and physio when he was substituted.

But before that Lions had already secured the game when striker Collins Opare broke the deadlock on the half hour mark as the goalkeeper failed to hold at the first attempt.

The attacker pounced on the rebound to give Lions the lead as they continued to maintain their grip on the game.

French coach Bruno Ferry made several changes to the squad after the break and impressive substitute Najib Fuseini scored a fine goal when he swerved his marker at the edge of the box before curling beyond the goalkeeper at the far end.

Opare missed the opportunity to seal an emphatic win with his bicycle kick narrowly missing the target.

The victory represents a major success for the young Accra-based club as victory over one of Africa's known teams will bring attention to their ambitions of developing a great team.

Sahel have played several times in Africa's club competitions like the Caf Champions League and Caf Confederation Cup with a big history, having won the Niger League and FA Cup title 13 times for each competition.

The Niger side are in Ghana for pre-season training and this defeat has exposed the weaknesses in their team.

But this should not mask the fact that Accra Lions have put together a strong team to compete at the highest level even though they are playing in the Ghanaian second tier.