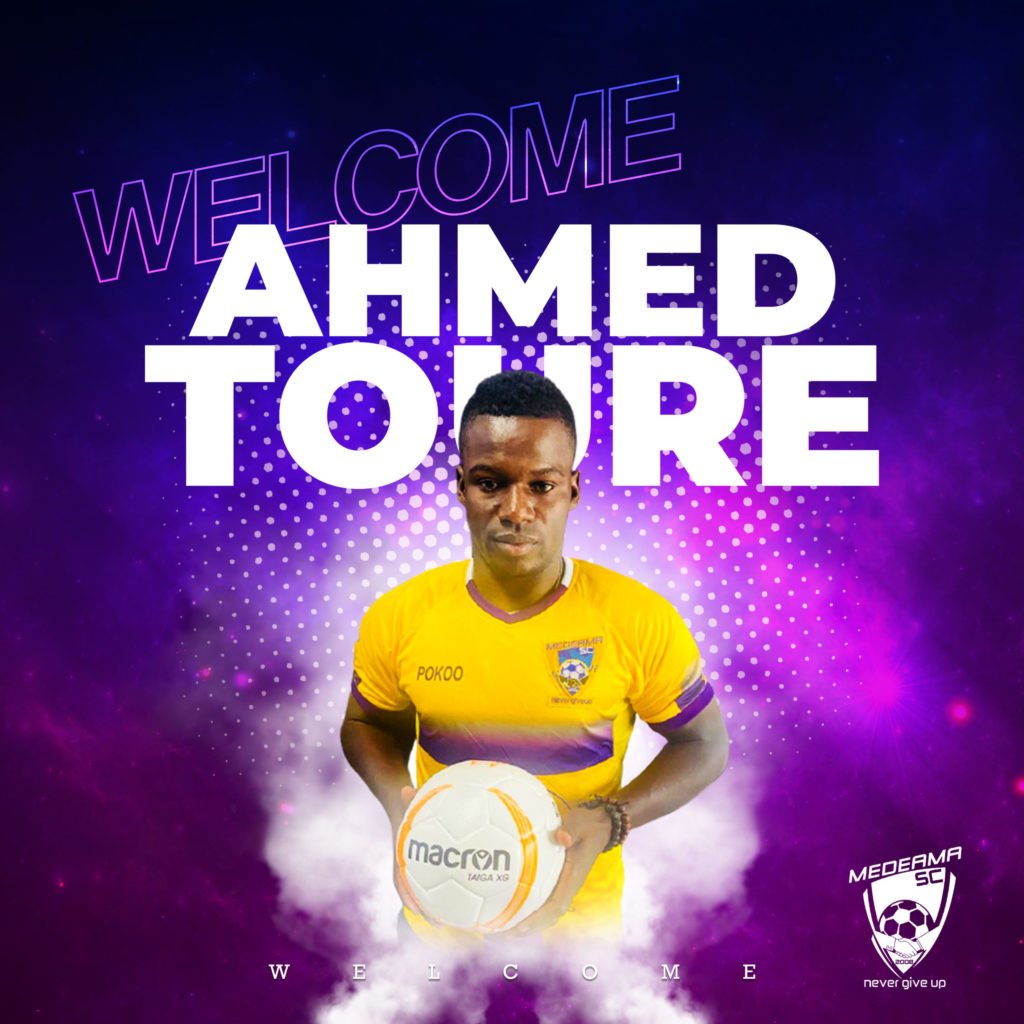 Striker Amed Toure is in line to make his debut for Medeama after being named in the squad for the first time to battle Elmina Sharks on Sunday.

Coach Samuel Boadu has named the former Asante Kotoko striker in his 18-man traveling squad for the tricky tie.

The club has completed his documentation to enable him make his first appearance since joining the Mauve and Yellow.

However, Prince Opoku Agyemang is not available for the fixture after being knocked down by a bout of malaria.

The Fearsome side will be eager to return to winning ways after losing 1-0 at Great Olympics in their last encounter in the Ghanaian capital, Accra on Monday.

Yaw Acheampong's men are having a rollercoaster campaign as they are neither flamboyant nor appalling.

They are currently sitting at the 12th position with 17 points having won three games, drawing eight and losing thrice.

Prior to their defeat in the capital, Sharks were undefeated in their last five league matches and will want to reurn to winning ways  against Medeama.

The Botwekumba are also unbeaten at home this season with three wins and three draws at the Nduom Sports Complex.

They come up against a Medeama side which is desperate to record their second away win of the season.

Coach Samuel Boadu welcomes Burkinabe international Amed Toure to the squad for the first time since he joined the side.

The former Asante Kotoko striker has been named in an 18-man squad announced by the gaffer for the trip to Elmina.

The two-time FA Cup holders beat Bechem United 2-0 last week and will hope to build on that in their quest to fight for the Premier League crown.