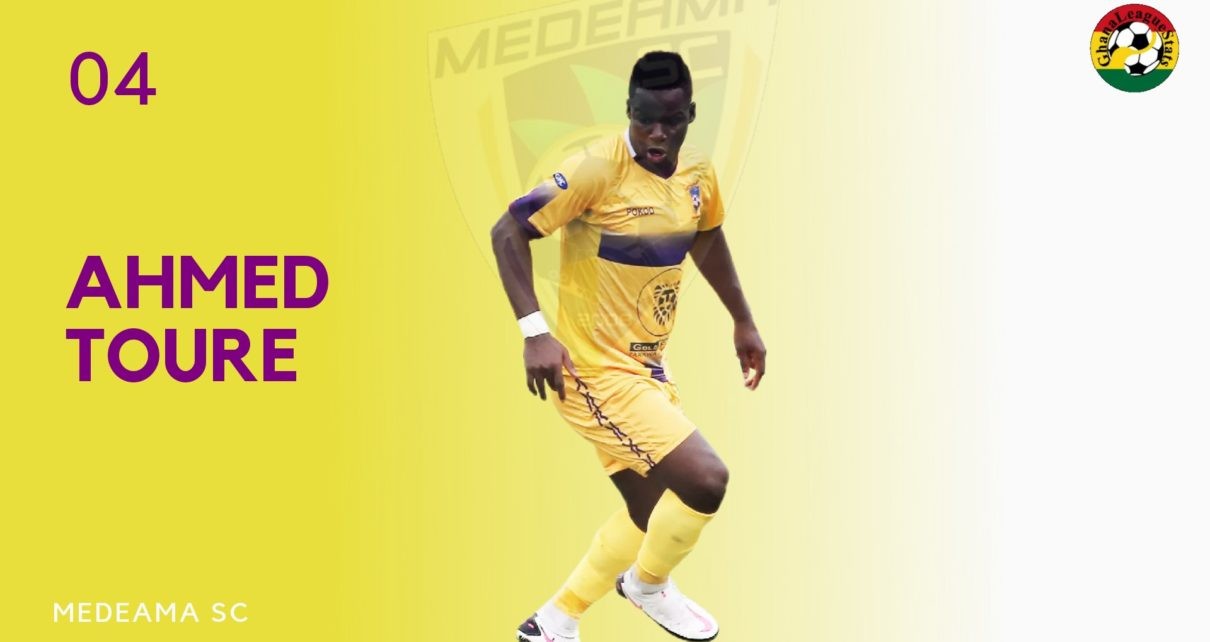 Medeama striker Amed Toure is set to miss the side’s next Ghana Premier League match against Legon Cities after being shown the marching off orders on Sunday.

Toure, 33, was shown a second yellow card for a handball incident during the side’s 2-0 win over Dreams FC.

The Burkina Faso international bagged a brace for the Mauve and Yellows to cushion the side to  5th on the league table.

However, the Ivorian-born striker will miss the crunch tie against the Royals at the Akoon Park in the next fixture.

First, he connected beautifully from a Justice Blay assist to open the scoring in the 15th minutes before adding the second on 64 minutes after squeezing in Zakaria Mumuni’s cheeky free-kick.

Medeama will now be without their main goal threat for the must-win home game against the capital side who are revived after beating Great Olympics 2-0 in a derby win.

However, the Ivorian-born striker will be available for the big game against his former club Asante Kotoko a week later at the Obuasi Stadium.