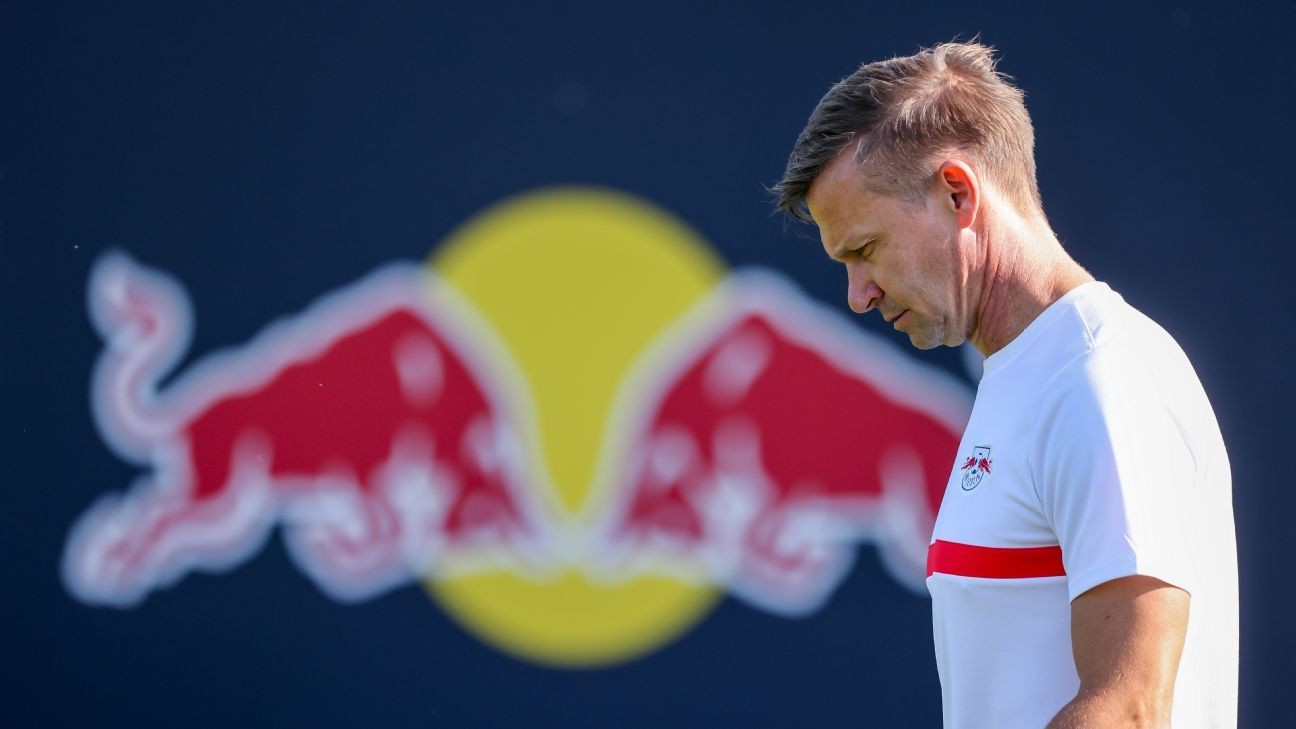 American coach Jesse Marsch is out at RB Leipzig after just five months in charge of the Bundesliga club.

The 48-year-old moved as a replacement for Bayern Munich-bound Julian Nagelsmann from FC Salzburg in the summer but has struggled with a difficult start to the campaign.

Leipzig finished second and third in their previous two Bundesliga seasons under Nagelsmann, while they also reached the Champions League round of 16 and semifinals.

However, at the halfway stage of their first season under Marsch, they have been eliminated from Champions League at the group stage and sit 11th in the Bundesliga table -- 16 points off leaders Bayern.

Leizpig have won five and lost six of their 14 Bundesliga matches so far, while they suffered three defeats in their five Champions League encounters.

Marsch, who spent 14 years as a player in Major League Soccer, had impressed as manager of New York Red Bulls, who he led to Supporters' Shield in 2015 before moving to Salzburg and winning back-to-back league and cup doubles.