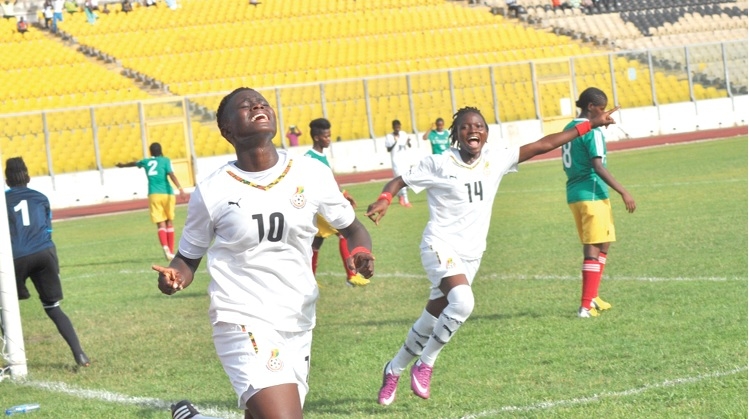 Communications Director of Ampem Darkoa Ladies, Akosua Frimpomaa has rubbished claim that their playmaker Priscilla Adubea is afraid to undergo surgery on her knee.

The National Women's League Board, Madam Leanier Addy disclosed that Priscilla Adubea, who is the leading striker for the Black Princesses, will be missing out on a place in the team's squad for this year's FIFA U-20 Women's World Cup due to injury.

Madam Addy, who doubles as the Black Queens Management Committee chairperson, posited that the 19-year-old could have avoided the unfortunate situation had she made herself available for surgery when the medical team of the FA proposed it long ago.

However, Adubea's club has vehemently refuted the claims made by Madam Addy and said, “No one has officially called Adubea for any surgery and she has refused. Contact people for Adubea is her team not the parents.”

“Adubea got injured in the league finals between Ampem Darkoa and Hasaacas last two seasons but recovered from that injury and joined the U20 team to Papua New Guinea, where she got injured in one of their trial matches with a male team in which she scored the only goal. So officially we have not received any invitation for her surgical operation to begin,” she said on Happy FM‘s Sports Sermon.

She added, “It’s this year that the girl has been invited by officials to review the state of her knee. The surgery should have been done a fortnight ago but she had a call from management that the money have not yet been released so she should hold on.”

“She’s been to Accra twice so we’re currently waiting for the release of the money from the ministry to the FA for the process to begin. According to the FA, the Ministry is working seriously on the approval of the budget for the surgery.”

“The girl is very bitter and cries continuously because she is not part of the team she helped qualify for the World Cup in France.”