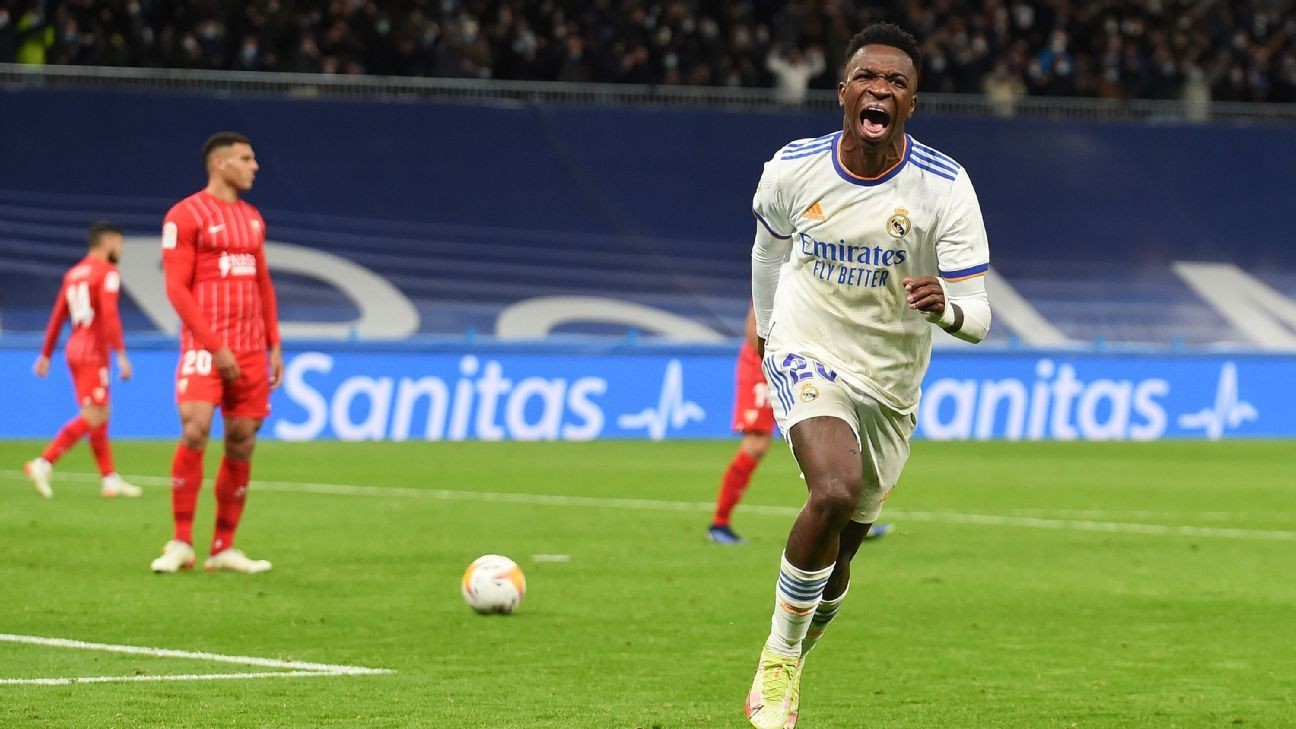 Carlo Ancelotti praised Vinicius Junior's "extraordinary" late strike in Real Madrid's 2-1 comeback win over Sevilla on Sunday, admitting the Brazil star has what it takes "to be one of the best in the world."

The winger's 87th minute winner -- already his ninth goal in LaLiga this campaign -- came after Rafa Mir had opened the scoring for the visitors and Karim Benzema had equalised in a closely-fought first half at the Bernabeu.

The 21-year-old received the ball by the left touchline, controlling it with his chest and driving infield before unleashing an unstoppable, rising right-footed shot past goalkeeper Bono.

"An extraordinary goal," manager Ancelotti said in his post-match news conference when asked to pick a word to describe the finish, calling Vinicius "a player who has something special in his feet."

He added: "What surprises me about Vinicius is the quality he has in scoring goals. His individual quality isn't a surprise, I knew he was strong in his dribbling, in one-one-ones, with his pace, but he's surprising everyone now with his capacity to score."

Real Madrid's victory over their fellow top four contenders leaves them four points clear at the top of the table, while Sevilla drop to fourth behind Atletico Madrid and Real Sociedad.

"Vinicius today showed a quality that I don't think he's ever shown before," Ancelotti said. "It's another step he takes to be one of the best in the world ... The important thing is he focused on being efficient. When the chance comes, you have to take it."

With nine goals in 14 league games, Vinicius has already tripled his tally from both of the last two entire LaLiga seasons, becoming a fixture alongside Benzema -- who has 11 goals himself -- in attack.

"Vini knows that games are going to be more difficult for him now," teammate Casemiro said. "People have realised that he's a top player.

"We know he'll be man-marked, sometimes by two or three players, but when he gets the slightest chance, he has to make the difference."

Real Madrid are next in action on Wednesday, hosting Athletic Bilbao in a game rescheduled from matchday 9, before travelling to third-placed Real Sociedad next weekend.