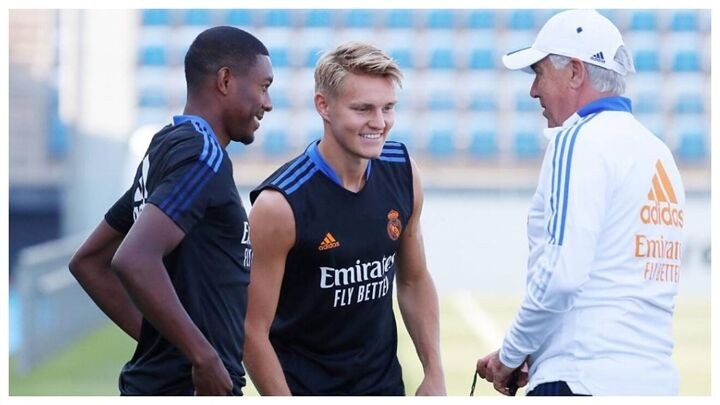 After just four days of training with Real Madrid, David Alaba's incredible fitness has shone through in the sessions. Yet the decision of when his debut will come is still down to the judgement of Carlo Ancelotti.

The pre-season friendly against Rangers on Sunday could be his moment, although there are still some doubts given the fact he has only been training with the group for a period of four days.

Ancelotti will take on board advice given to him by fitness coach Antonio Pintus, as well as gauging the mood of the player himself.

Alaba has already admitted that he is desperate to make his first appearance for Los Blancos, but the club are wary of taking unnecessary risks with players, especially after their injury-plagued 2020/21 campaign.

Dani Carvajal, Ferland Mendy and Mariano will all stay in Madrid, working on their own fitness at Valdebebas. Thjat takes the tally of first-team players not travelling to Glasgow to seven, although this doesn't take into account the 11 players who are still on holiday after participating in international tournaments during the summer.

The final squad will be dependent on PCR tests that the players have undergone before flying to the Scottish city on Sunday morning.

Los Merengues' meeting with Steven Gerrard's charges will be televised on Real Madrid TV at 19:00 CEST.