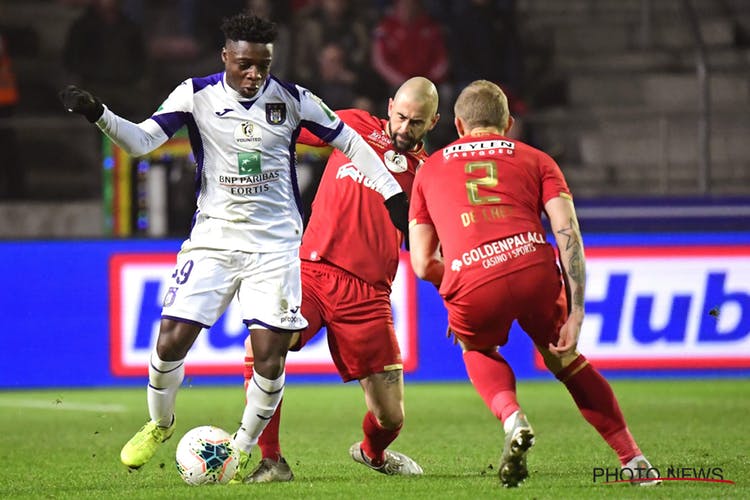 Ghanaian attacker Jeremy Doku has expressed his satisfaction with Anderlecht's draw against Antwerp in the Belgian Pro League on Friday.

The 17-year-old featured but could not leave his mark like he did against Genk. The winger did have one good chance but failed to score as the game finished 0-0.

"Antwerp is a good team and we knew that beforehand. We did come to win, we really did not come for a draw. But our organization we had worked on for a whole week was good. Our pressing was there, so that worked out well,"

"We try to win every match and then we see the top six. We focus on this match and don't look at the others."

It was also special for Doku, as it was the first time he was in the first team in his hometown.

"I played for Beerschot in the youth and Antwerp was, of course, our rival. So yes, it was fun."

Doku was born in Belgium and is of Ghanaian descent.

He has represented the Belgium U17s at the 2018 UEFA European Under-17 Championship but is eligible to play for the Black Stars.