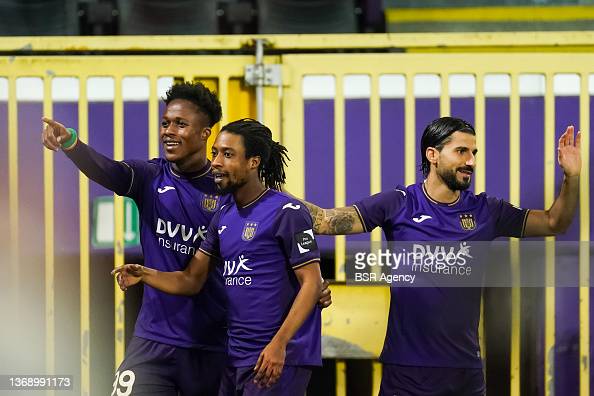 Anderlecht midfielder Majeed Ashimeru has expressed his desire to work with Ivorian striker Christian Kouame at the Belgian club.

Last season, Anderlecht had two strikers on a rental basis with Joshua Zirkzee and Christian Kouamé. A return of Zirkzee is out of the question.

Kouamé may well return to Lotto Park and Ashimeru can't wait to have the Ivorian back in the team for this season.

Anderlecht signed the 24-year-old Kouamé on a season-long loan from the Italian side Fiorentina last season. He scored eight league goals for the Purple & White.

"I miss him a lot. He lived five minutes from me and we were together the whole time. We'll stay in touch. I have already told him that he has no choice: he must return. It's his home here, the fans love him.

He also misses Anderlecht, we often talk about it. When he returns, it will be a big party," Ashimeru told La Capitale.

Ashimeru has made two appearances and scored one goal so far this season.