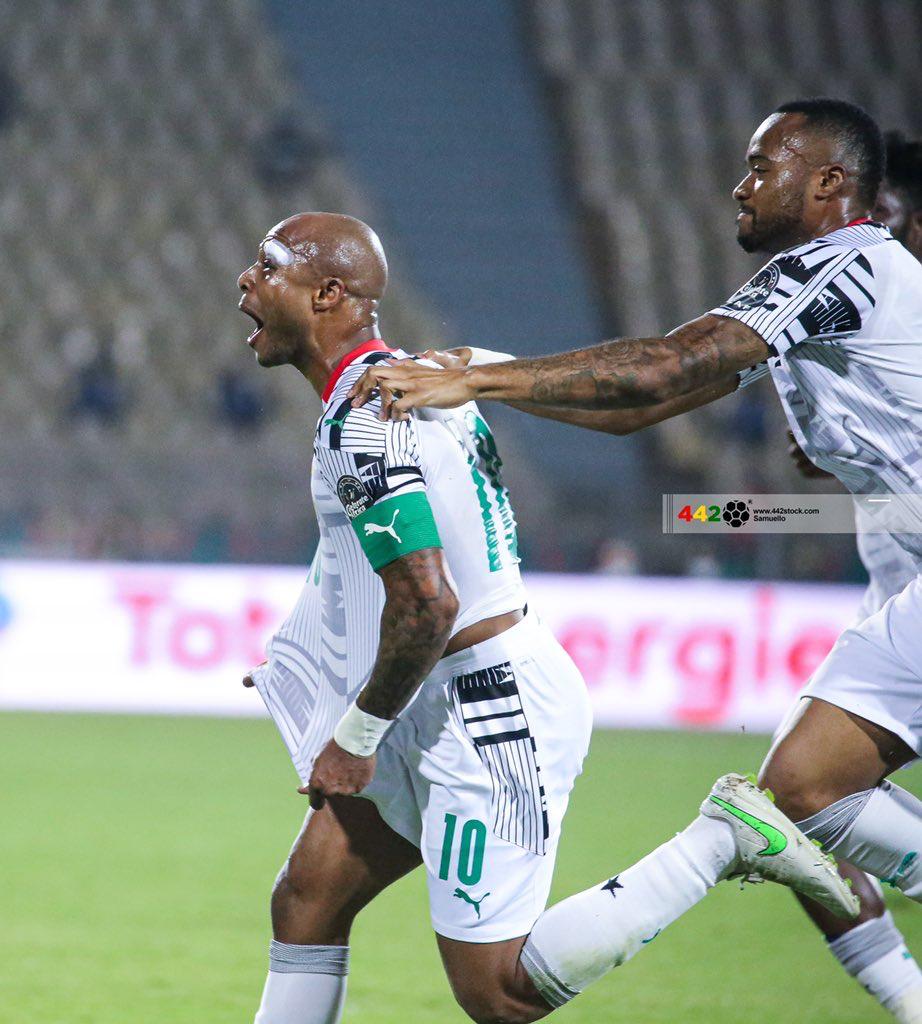 Ghana captain Andre Ayew has achieved another milestone in his career surpassing the legendary Ahmed Hassan's appearance record in the Africa Cup of Nations.

The former Swansea City forward made his 33rd appearance on Friday night in Ghana's game against Gabon.

Andre Ayew scored Ghana’s first goal of the tournament in their 1-1 draw against Gabon on n Friday night at the Stade Ahmadou Ahidjo in the Africa Cup of Nations.

The goal was his 10th goal in the AFCON tournament.

Ayew currently holds the record as the Ghanaian player with the most goals in the competition.

The 33-year-old has currently surpassed Egypt legend Ahmed Hassan’s appearance record in the competition with his 33rd appearance.

Andre Ayew will be hoping to catch up with Cameroon football legend Rigobert Song who has 36 appearances in the competition.

He made his AFCON debut in 2008 when Ghana hosted the tournament.