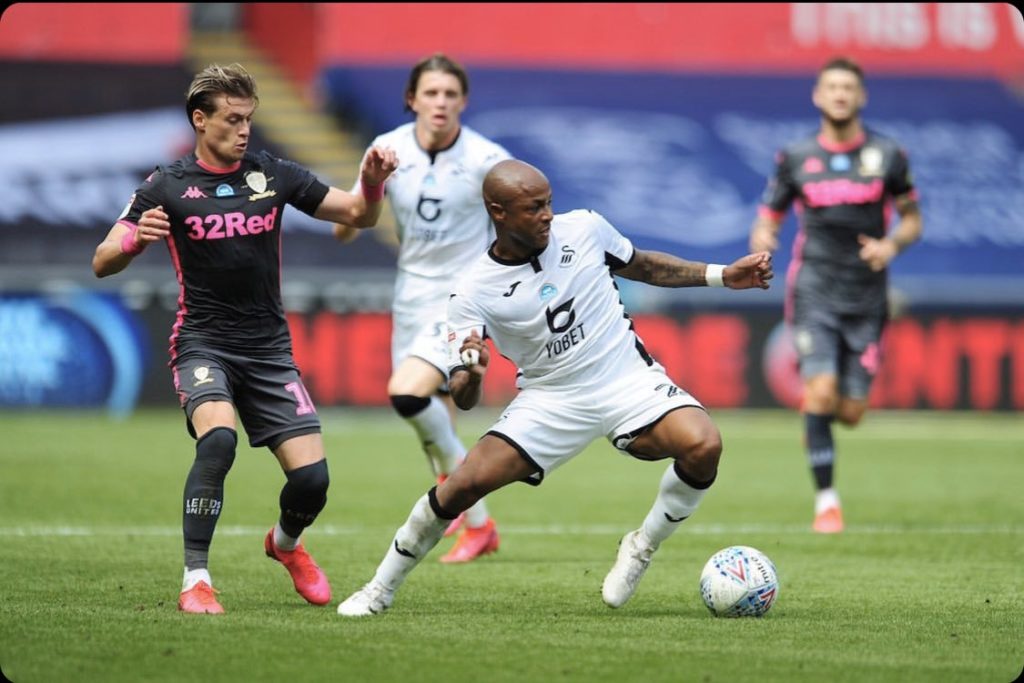 Swansea City forward André Ayew has registered his disappointment over their 1-0 defeat against Leeds United in the Championship on Sunday.

Swansea were hoping to boost their position on the standings with a victory when high-flying Leeds United paid them a visit at the Liberty Stadium.

However, a 89th minute strike by substitute Pablo Hernandez saw the LillyWhites went back to Yorkshire with the three points.

The result left a bitter in the mouths of Swansea faithful as their hopes of securing a playoff berth was dented.

Swansea have dropped to 7th place with 63 points from 43 games, a point adrift of final play-off spot which is occupied by Cardiff City.

Ayew, who lasted full throttle for the Jack Army, expressed his displeasure with the result but urged his teammates to stay grounded in the final embers of the season.

“Tough one to take..team spirit was top.. didn’t get what we deserved .. we still in !we keep believing!⚪️⚫️

Ayew has made 41 appearances in all competitions with 6 assists and 14 goals to his credit.