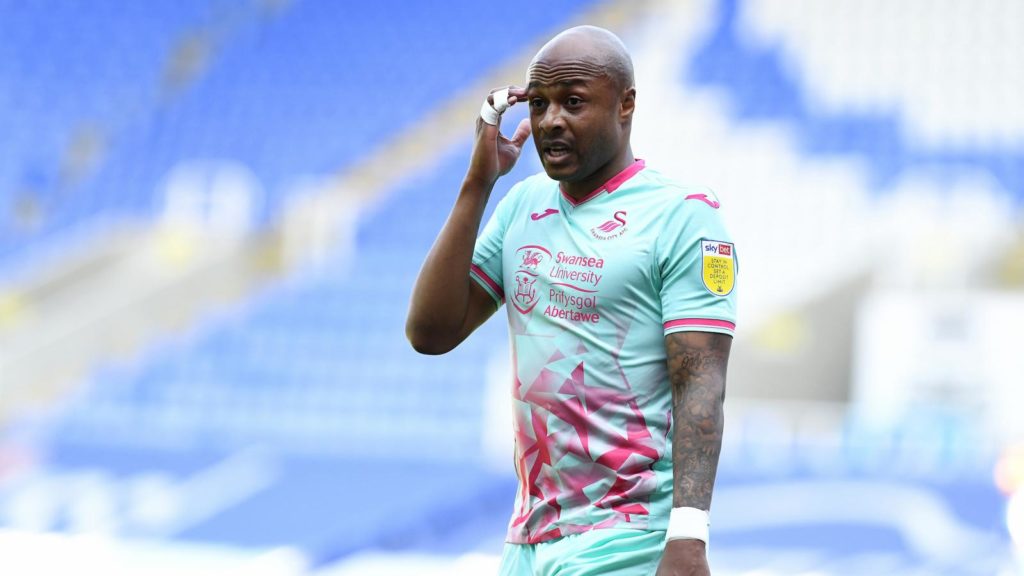 Ayew is very much likely to feature in the match scheduled for an early kickoff on Saturday at Vicarage Road.

The 30-year-old missed Swansea's 2-1 win over Derby County last week due to a hamstring injury.

But he is available for selection after fully recovering from the injury, according to Swansea boss Steve Cooper.

“Andre and Marc are back with us,” Cooper said at the pre-match press conference on Thursday, as reported by his club’s official website.

“Andre is fine, he has had no setbacks in terms of training and he is back in full availability.

“We will use him wisely, he will need some minutes at the weekend, he is desperate to play and there is nothing to hinder him from committing to that.

“We will be careful with his workload if we need to, but everyone is good to go and finish the season as strongly as we can. Marc has got over his groin issue and is good to go, after some load management.”

His return is good news for Swansea, who are preparing for Championship play-offs.

Ayew has featured 43 times for the side this season, scoring 16 goals in the process.