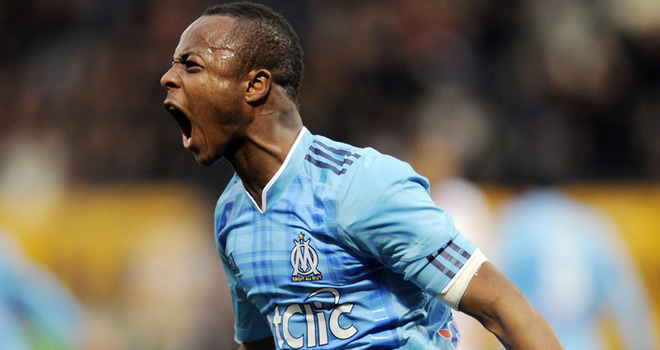 Marseille's Andre Ayew has insisted he did not become distracted by speculation surrounding his future as he always wanted to stay with the French club.

The highly-rated winger was linked with a move to Arsenal earlier in the transfer window but Marseille coach Didier Deschamps insisted last week there had been no approach from the Gunners.

Ayew has now indicated that he never showed any desire to leave the Stade Velodrome, where he is under contract until 2014.

The 21-year-old recognises that he still has a lot of progress to make as a player before he is the finished article, but is grateful to Marseille for their role in his development.

"I never let that (speculation about Arsenal) disturb me," he told France Football.

"From the start, I knew what I wanted. Before thinking about leaving, I have to perform at l'OM. That was very clear to me.

"It was the same for the club. So there was no risk for me to get mad. Moreover, I don't forget I faced a lot of difficulties to reach my current situation.

"I didn't want to question everything immediately.

"I just achieved one good season in Ligue 1, nothing more. I still have a lot to prove."