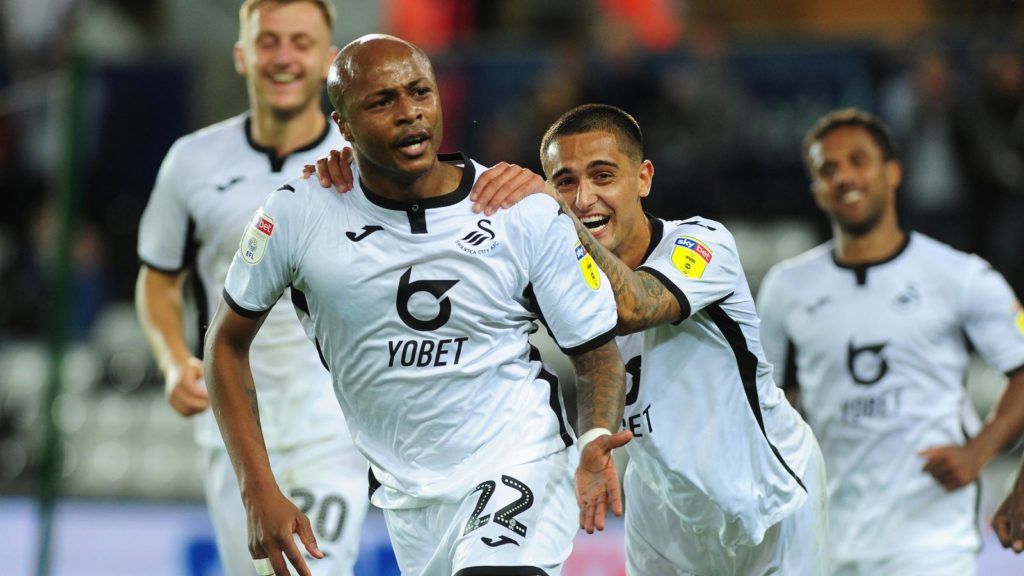 Andre Ayew says he is focused on Swansea City after his brace in the 3-1 win over Northampton in the English League Cup.

The Ghana international has returned to the Championship club after spending last season on loan at Turkish side Fenerbahce.

But his future remains speculated as he has been linked with clubs in France and Turkey before the transfer window shuts next month.

After his match-winning double, the 29-year-old said: ''I'm a Swansea player and I am working hard for the games that are coming up. The gaffer has been clear and honest with me and I want to thank him for that.

''He's given me a lot of confidence and trust in the way that he speaks to me. I really feel like I'm welcome and that’s a good feeling.

''A lot of things have been said but, for me, what’s important is to work hard, try to get to full fitness and, if I’m here, go for it.''