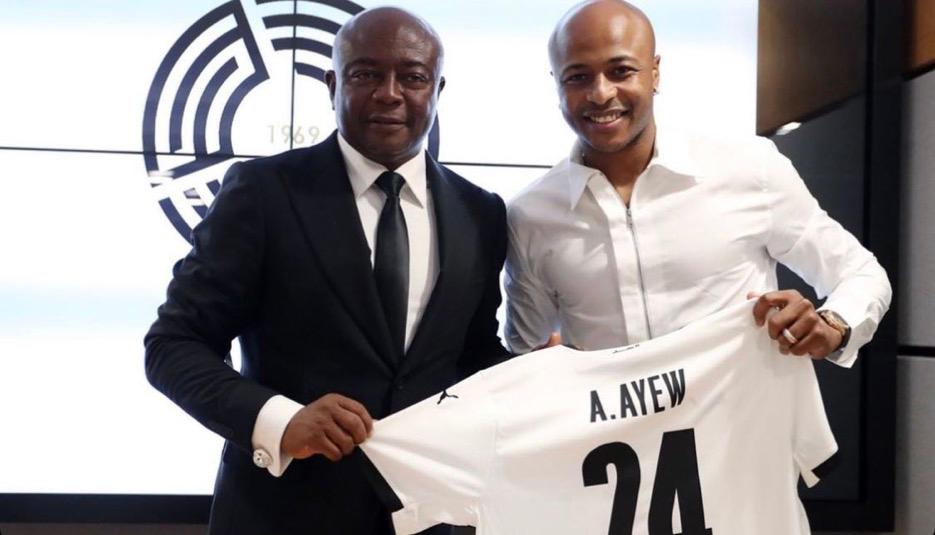 Abedi Pele at Qatari based side Al Sadd

Andre Ayew joins the club as he heads towards the twilight of his career and for his dad, his football journey abroad started with the Qatari-based side in the 1982-1983 season.

Abedi Pele joined the Qatari giants after winning the 1982 Africa Cup of Nations in Libya with the Black Stars.

He made eight appearances for the club scoring seven goals in the 1982/83 season before moving to Europe to join Swiss-based side Zurich in 1984.

The 1992 UEFA Champions League winner returned to the club for the first time in 39 years, not only as a former player but also as a representative to his son Andre Ayew.

GHANAsoccernet.com understands that the three-time Africa Best Player of the Year played a key role in the former Swansea City and West Ham attacker's move to the Qatari side despite several interests from top European clubs.

Andre Ayew was unveiled by the club on Thursday after completing his medical and signing his two-year bumper contract.

The 31-year-old  during his unveiling confirmed he wants to emulate the legacy left behind by his dad by joining the Qatari side coached by Barcelona legend Xavi Hernandez.

"I want to continue my fathers legacy and win more trophies at Al Sadd", the Black Stars captain said

OFFICIAL: Andre Ayew has joined #AlSadd on a two-year contract with an option for an additional year#AlwaysAlSadd #WelcomeAndre@AyewAndrepic.twitter.com/uHiNKOfftK

The Ghana star is expected to start training with Al Sadd in the coming days after signing his contract and meeting manager Xavi Hernandez.

The move brings to an end his association with European football which lasted for 14 years, having started his career at Marseille in France.

He made a name for himself at his legendary's father Abedi Pele's beloved club before moving to Swansea and had brief stints with West Ham and Fernabache.

However, Ayew will forever be loved by Swansea fans after dragging the club to the Championship playoffs on two occasions.

In total, Ayew played for six clubs, including his two loan spells at Lorient and AC Arlésien, in Europe and recorded 131 goals and 55 assists in over 400 appearances.

Ayew is expected to bring his wealth of experience on baord to help the club achieve their goal of conquering Asia having dominated domestic competitions in recent years.