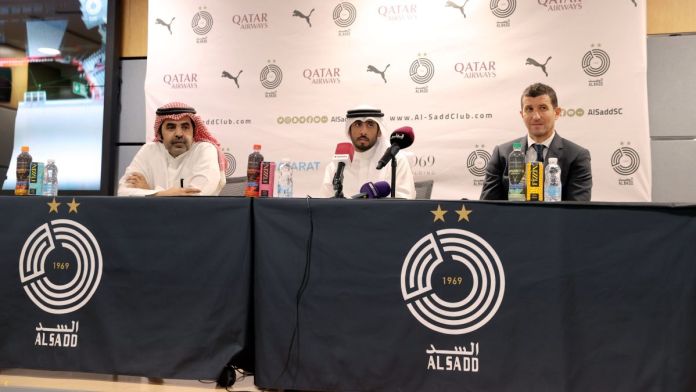 Ghana captain Andre Ayew has a new manager to work with at Qatari club Al Sadd following the departure of Xavi Hernandez.

Xavi who brought Ayew to the club left for Barcelona in early November, with the forward issuing an emotional goodbye message.

The Spaniard has been replaced by his countryman Javi Gracia who last managed La Liga club Valencia.

Gracia was presented on social networks with a brief message: “The leader presents his new Spanish coach Javi Gracia.”

He was accompanied at the presentation press conference by Turki Al-Ali, general director of the club, Mohamed Ghanem Al-Ali, sports director, and many fans and partners of the leader.

Ayew scored seven goals in eight games under Xavi and Gracia would hope that he keeps up that stunning scoring form.

The Ghanaian former U20 World Cup winner joined Al Sadd in the summer as a free agent after amicably parting ways with Swansea City.

He has been influential for the club who are first in the Qatari Stars League after winning the Amir Cup early this season.