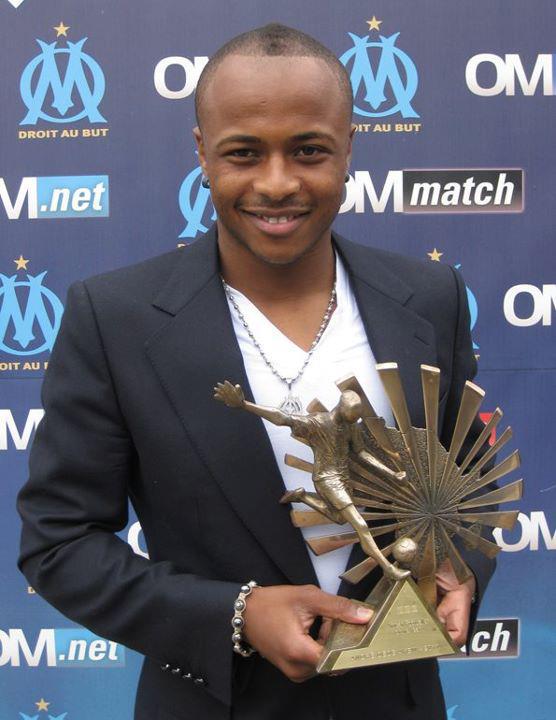 Midfielder Andre Ayew says he is honoured to be awarded the 2011 BBC African Footballer of the Year award.

The 21-year-old clinched over a third of the total votes to beat Cameroonian Samuel Eto'o, the Ivorian duo of Yaya Toure and Gervinho and Mali's Seydou Keita.

And after being presented with the award at his base in Marseille, located south of France, Ayew says he is going to work hard to prove his worthiness of the gong.

"I'm honoured and surprised to receive this prestigious award, especially considering the great players who have won it in the past," he said.

"I thank all the people who voted for me - in Ghana, in Africa and in the world.

"I'm going to work hard to show them they made a good choice."

Ayew who is expected to play a key role for Ghana at next year's Nations Cup is also gunning for the Caf African Player of the Year Award alongside, Yaya Toure, Moussa Sow, Seidu Keita and Samuel Eto'o to be handed out on December 22 in Accra, Ghana.