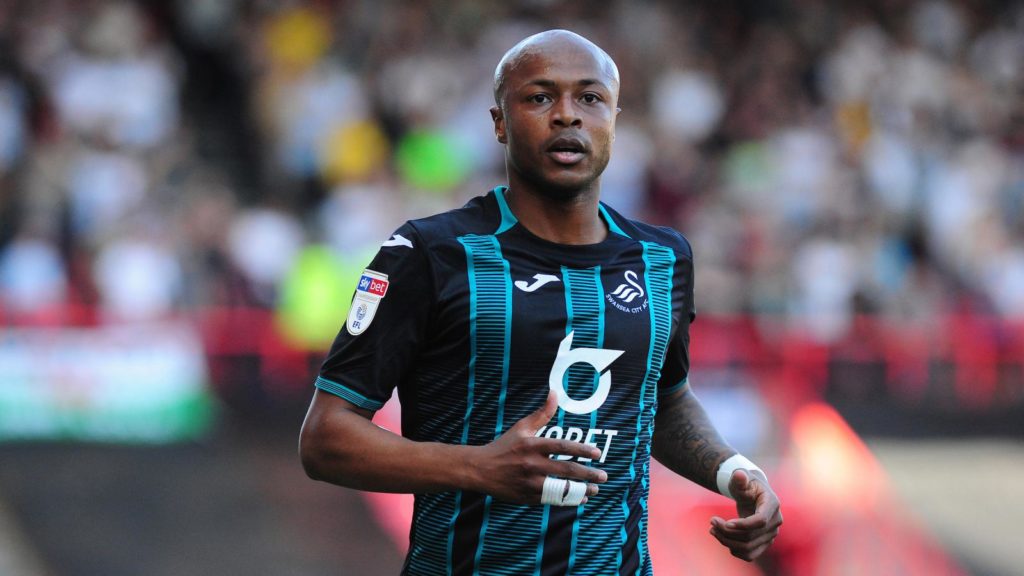 Forward Andre Ayew says Swansea City will learn from their defeat to Stoke City as club football return after the international break.

The Ghana captain scored the earliest goal in the championship this season as Swansea threw away the early lead to lose at home to Soke City.

Despite the defeat, the Swans remain a point behind leaders West Brom and Ayew believes the team will bounce back stronger.

“We’re going to learn from that game. It may not seem like it now, but this will be a good lesson for us,” he told the club's website.

“We’re still in it; we’re only a point away from the leaders.

“We always need to be ready for any challenge that the Championship brings.

“We’ve done great things this season and some that aren’t so great. But what we’re doing at the moment is good and we need to continue that.

“We’re working hard, training well and we need to keep that going.

“A lot of teams would love to be where we are in the table. I believe in the squad – there is no problem.

“When you’re towards the top of the table, you have to respond when things go wrong – that’s very important.”