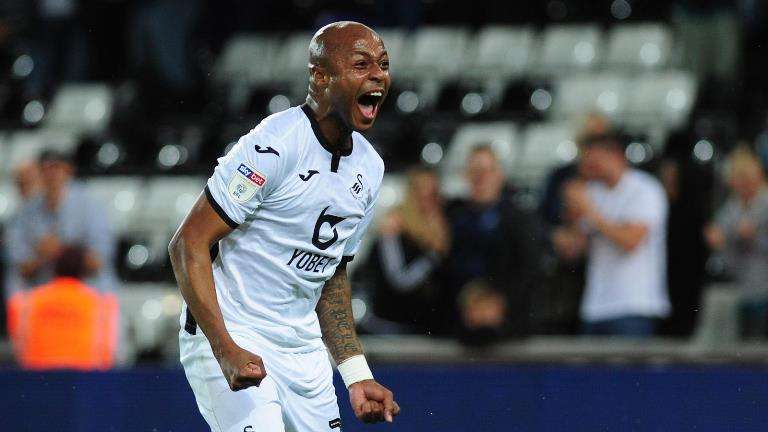 Ayew's dream of leading Swansea back to the topflight suffered a big blow after their semi finals play offs defeat to Brentford.

The Swansea City vice captain was involved in 25 goals for the club as they reach the play-offs, netting 18 goals in all competitions and providing seven assists.

However, with the club's failure to achieve promotion, the future of the 30-year old remains uncertain, with manager Steve Cooper hoping to have a conversation with the player about his next move.

"I think that's a conversation me and Andre need to have," Cooper told the media. "I would like nothing more than for Andre to be playing with us again next season," he added.

"We have seen the real level of player he is this year, with the goals he has scored and the impact he has had on and off the pitch. It's been brilliant to work with him.

"But I understand Andre is a better player than the Championship. That's a matter of fact and I am sure he will have offers to do that.

"We need to have a good conversation over the next couple of days. We trust each other 100 per cent and in the end we will come to a resolution that's right for everybody."