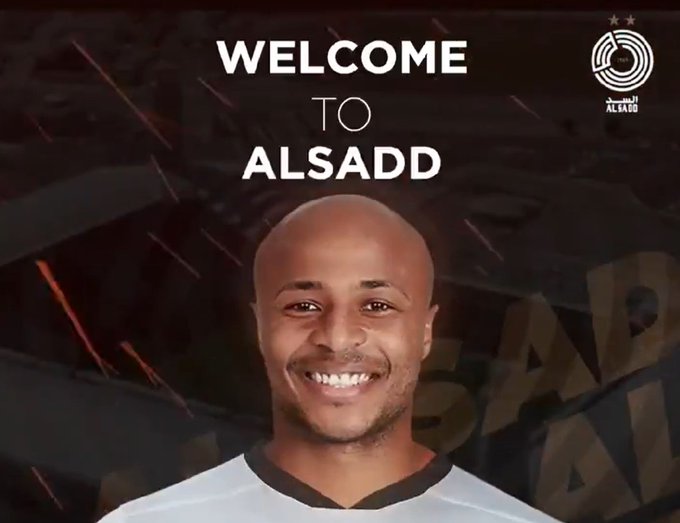 Ghana star Andre Ayew has landed in Doha where he will complete his transfer to the Qatari top-flight side Al Sadd, Ghanasoccernet.com can reveal.

Ayew will undergo mandatory medical before signing the contract and the official announcement.

It is estimated that the Ghana captain could earn about $200,000 per week without tax.

"Al-Sadd has reached an agreement to contract Ghanaian star Andre Ayew," the Qatari club said in a statement.

The entire financial package will be loaded into his salary as the giants will not spend any amount in signing the player who moves as a free agent after leaving his Welsh club Swansea two months ago.

Ayew will be working under Spain and Barcelona legend Xavi Hernandez who is the current head coach of Al Sadd.

The Ghana captain is expected to arrive in Doha on Thursday morning to undergo his medical examination and complete all other details before signing the contract.

The 31-year-old left Swansea City FC after aiding them to the Championship play-off final where they lost 2-0 to Brentford FC.

Ayew finished the 2020/2021 season as the top scorer of the club having scored 17 goals in 46 appearances for the Swans.