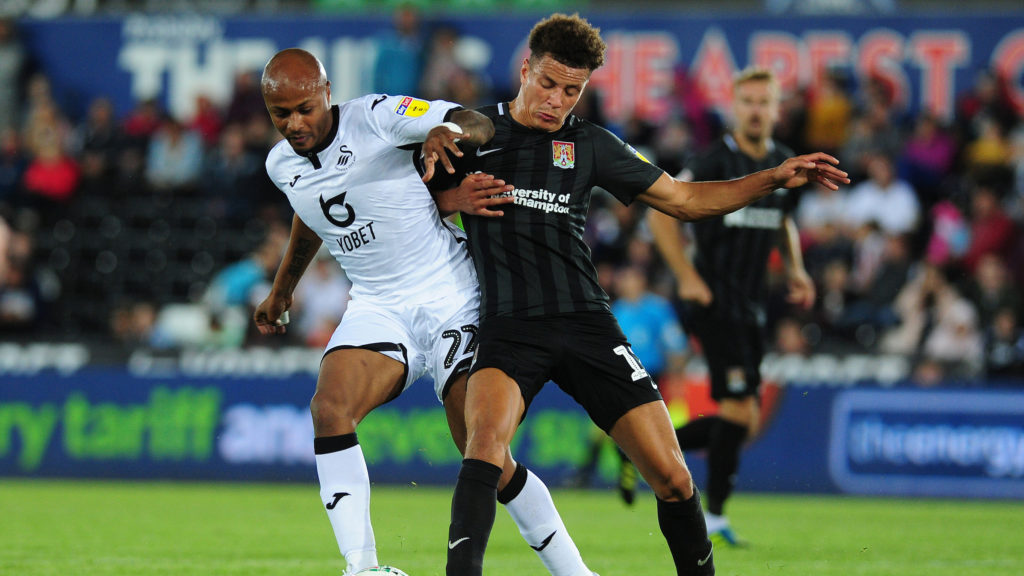 Swansea ace Andre Ayew has been nominated for Player for the Month of August.

He is joined by Spanish forward Borja Baston and Joe Rondon as nominees for player of the month.

Ayew, who confirmed he was staying at the Welsh side beyond the transfer window has been splendid for the club in the month of August.

The Ghana captain joined the club late following his involvement at the summer Africa Cup of Nations but announced his return when he bagged a brace as the Swans beat Northampton in the Carabao Cup.

He also provided two assists in his side's emphatic win against Queens Park Rangers in the English Championship.

The 29-year old has been a key cog for Swansea as they remain unbeaten in the English Championship.

Swansea lead the table with five wins and a draw in six games.

🗳️ PLAYER OF THE MONTH 🗳️