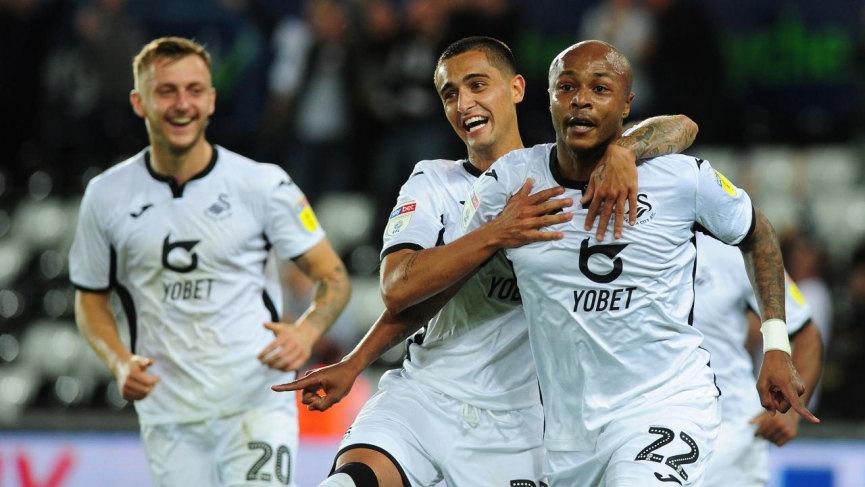 Andre Ayew scored the match-winner for Swansea City in their comeback 2-1 win over Wigan Athletic to move back into the play-off places on Saturday.

The Ghana super star flicked home midway through the second half to hand the Swans maxium points at the Liberty Stadium.

It was the 10th goal for the 30-year-old, who has been impressive all season for the English Championship side.

Ghana international Andre Ayew sealed victory for Steve Cooper's side with a flick to send the home crowd agog.

Swansea have now stretched their unbeaten run in the league to four and climbed back into the play-off places.