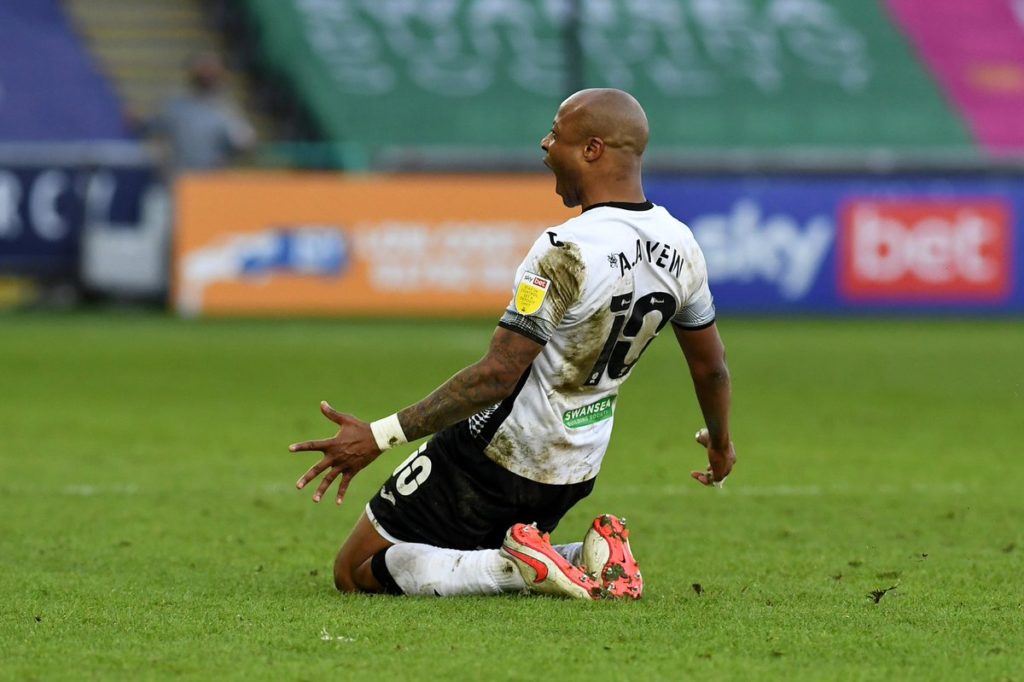 Ghana skipper Andre Ayew scored his fifteenth goal of the season and set up another to help his side to victory against Millwall and boost their Premier League promotion bid.

The welsh side went into the game against Millwall on the back of four defeats on the spin and seeing their automatic promotion slot spiralling out of control, but Ayew received a pass from on-loan Villa midfielder Conor Hourihane before curling home to give his side a life-line just before the break.

He added another goal contribution late on in the second half after beating his man and laying it on the plate for Jamal Lowe to score his second of the day and round off a 3-0 welcome victory in London for the Welsh side.

Ayew has been the go-to-man again for Steve Cooper's side and his 30 goals in the last two seasons have placed Swansea in the top six of the Championship table in the last two years.

Today's  victory at the Den moved Swansea to third on the table and narrowed the gap on second placed Watford to ten, with a game in hand and eight games to end the season. Tariqe Fosu's Brentford though will have the chance to respond when they take on Preston later today.

Ghana international Ayew's goal also means he's equaled his tally for last season with eight games to spare and you won't bet against him hitting the 20 goal mark this season if his side is to grab a ticket to the Premier League. He's had Nineteen goal contributions so far.

Andre Ayew gave Swansea the lead on the stroke of half-time with this wonderful strike.

Watch the second half live on Sky Sports 📺pic.twitter.com/xJo6E7xQ8b

The former Westham United man's future has again been a topic of discussion with Premier League club's circling knowing that he can begin discussions with other clubs from the summer with just six months left on his contract.

He has however maintained his focus is helping Swansea get back to the top league before thinking about what to do next. Swansea's next game will be against Sheffield Wednesday On Tuesday night.