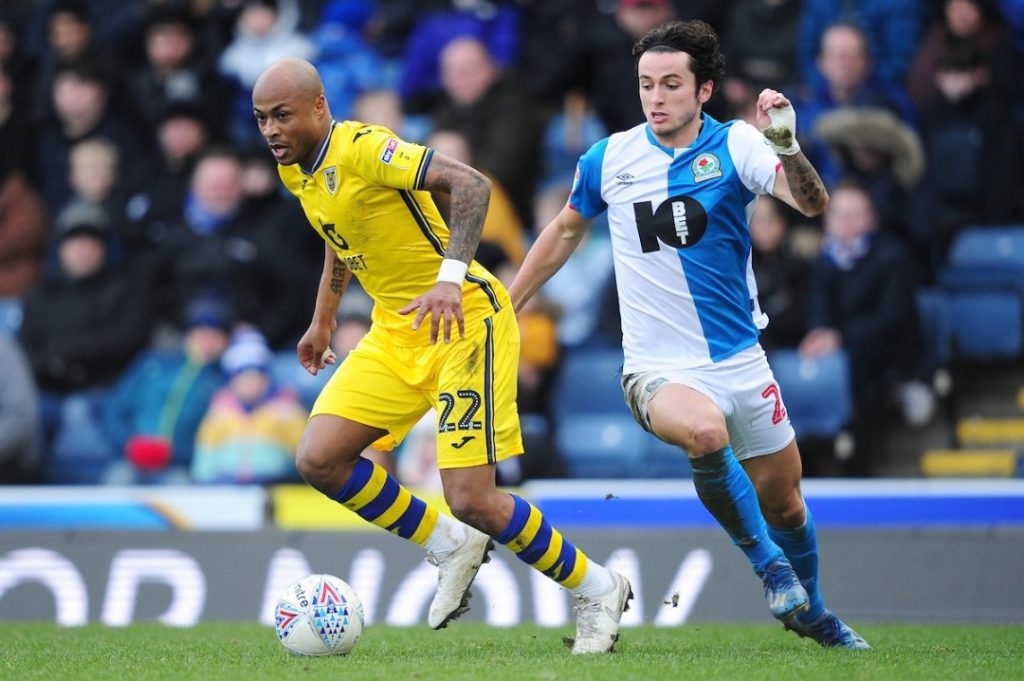 Ghana forward André Ayew was on target for Swansea City in their 2-2 draw with Blackburn Rovers in the Championship at the Ewood Park on Saturday.

The Swans went into the match with just five points off the top six, with Blackburn one point ahead of Steve Cooper's men.

Sam Gallagher put Blackburn ahead in the 25th minute with a powerful drive.

But the Jack Army rallied to draw level through Liverpool loanee Rhian Brewster on the stroke of half time.

Swansea were handed an opportunity to go ahead  for the first time in the game after referee Peter Banks awarded them a foul following a foul on Jordan Garrick is fouled in the box.

Ayew stepped up to send goalkeeper Christian Walton the wrong way to make it 2-1 for the visitors.

With the game ending in a victory for Swansea, substitute Bradley Johnson restored parity for the hosts with a deflected goal in the 95th minute.

The Ghana captain enjoyed full throttle with another stupendous display.

The result left Swansea in 9th spot with 52 points after 36 games.

Ayew has scored 12 goals and contributed 5 assists in 34 matches for the Swans in the ongoing campaign.