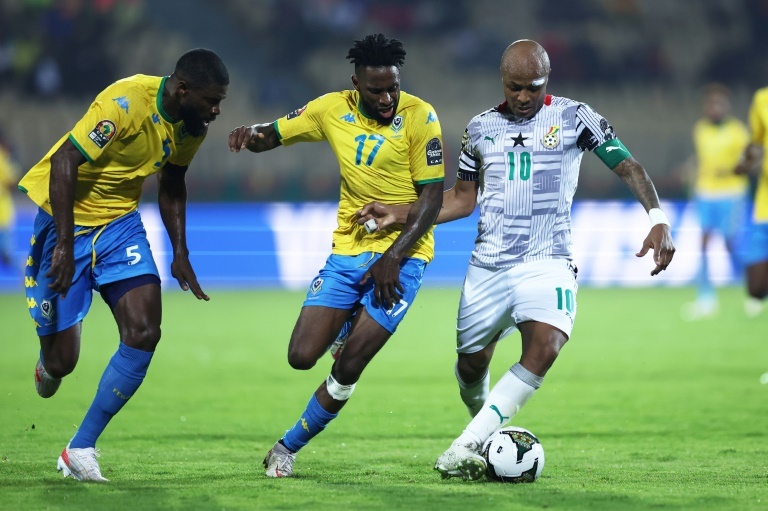 Andre Ayew was in inspired form on Friday evening when Ghana played Gabon in the 2021 Africa Cup of Nations match.

The captain scored a superb goal in the match which unfortunately ended in a draw due to a late equaliser by the Gabonese.

Ayew received the ball from Thomas Partey with Gabon defender Anthony Oyono tightly marking him, but the 32-year-old left him for dead with a sharp turn before unleashing a long-range effort that nestled into the bottom corner.

The goal was Ayew’s 10th goal at AFCON tournaments, more than any other Ghana player, and it was a goal befitting the achievement as the Al Sadd forward swept home from 25 yards.

Ayew broke the record for most goals scored by a Ghanaian at Afcon in the 2019 edition when he struck in the opening game against Benin.

Gyan, with eight goals in six straight Afcons since 2008, held the enviable record.

Andre Ayew is the first Ghanaian to score 10 goals in history of the Africa Cup of Nations.

Aside from that, Ayew last night become the second most capped player at Afcon and also only the fourth player to score in six different editions of the tournament.