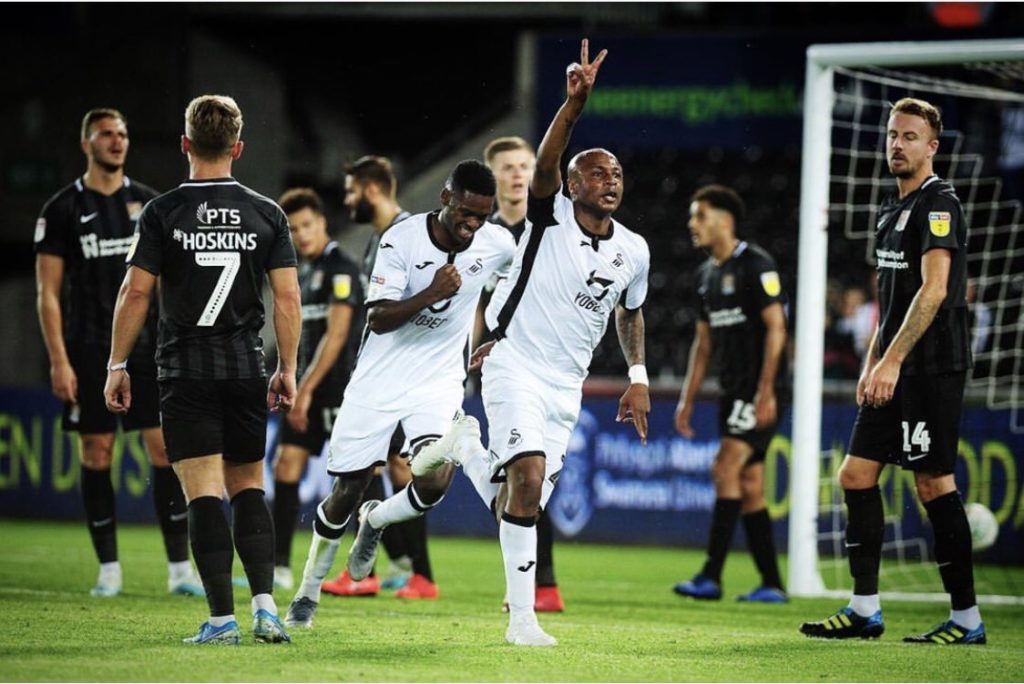 Ghana forward André Ayew is excited to have broken his goalscoring duck for Swansea City after emerging from the bench to hit a brace in their 3-1 win over Northampton Town in the first round of the Carabao Cup on Tuesday evening.

Ayew had failed to hit the back of the twine for the Swans in three years, but became the toast of their fans after saving their blushes with a brace in the win against Northampton Town at the Liberty Stadium.

The Welsh-based side had fallen to Mathew Warburton’s 61st minute strike and looked to be heading to the exit before Ayew struck twice to set the the winning tone.

George Byers got the other goal for Steve Cooper’s men as they advanced to the next round of the competition.

Ayew took to Twitter to express his happiness over the result and used the opportunity to thank the club’s fans for their unflinching support throughout the night.

Ayew has been linked with a move away from the club but his performance last night could convince manager Cooper to rescind his decision and keep the Ghana skipper.

He spent last season on loan at Turkish giants Fenerbahce.