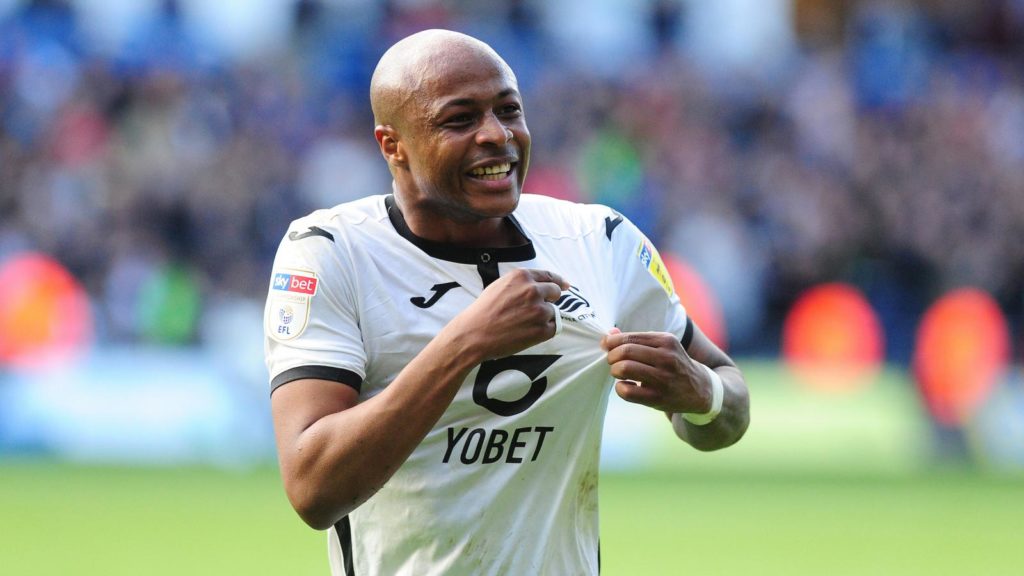 Football stats experts WhoScored focus on the impact made by Swansea City's highest-rated player in the Championship this term - Andre Ayew.

January's acquisitions of loanees Rhian Brewster and Conor Gallagher significantly boosted Swansea City's attacking edge, with Steve Cooper's side looking more threatening in front of goal since the turn of the year.

Brewster has scored four goals in 11 appearances since arriving from Liverpool while Gallagher has five assists in 10 games following his switch from Chelsea.

Indeed, Ayew is Swansea's highest-rated player in the Championship this season, yielding a WhoScored.com rating of 7.29. The Ghana captain has scored 12 of their 46 league goals this term (26.1 per cent) further signifying his importance to the Swans.

No player, meanwhile, has registered more assists than the 30-year-old (five) for the south Wales outfit as Ayew has impressed primarily from the right, but also on the left and through the middle when required.

What's more is that Ayew had a direct hand in 17 of the 46 league goals Swansea have scored this season, with those 12 goals and five assists helping Cooper's side to an additional 17 points.

For context, without Ayew's impact in front of goal, Swansea would sit on 36 league points, five off safety in 22nd.

It's this experience and effectiveness in attack, predominantly from out wide, that Cooper banked on when he drafted the player into first-team duties and he was duly rewarded.

Indeed, Ayew's excellent form has seen him named the WhoScored.com man-of-the-match in seven of his 34 league starts; only Eberechi Eze (nine) has won more in the Championship this season.

It's also worth bearing in mind that Ayew didn't make his first league start of the season until the fourth game of the campaign, where Swansea travelled to QPR and secured a 3-1 win, marking the first of the attacker's star man awards.

Opponents have evidently noted how influential Ayew has been in attack and have largely targeted the experienced wideman in an effort to limit his influence.

Having been fouled the third most times (77) in the Championship this season, opponents go to extreme lengths to minimise his impact, but it clearly has little effect as proven by Ayew's rating and goal output, though it has seen the player garner a WhoScored.com style of play of 'gets fouled often'.

It's clear then, that Ayew thrives as the experienced head in this largely youthful Swansea side and that has boosted their chances of a play-off finish.

While Cooper's side sit 11th in the table, they remain just three points off Preston in sixth and if football is to continue at a later date, then the winger will hope to pick up where he left off to boost Swansea's chances of promotion.