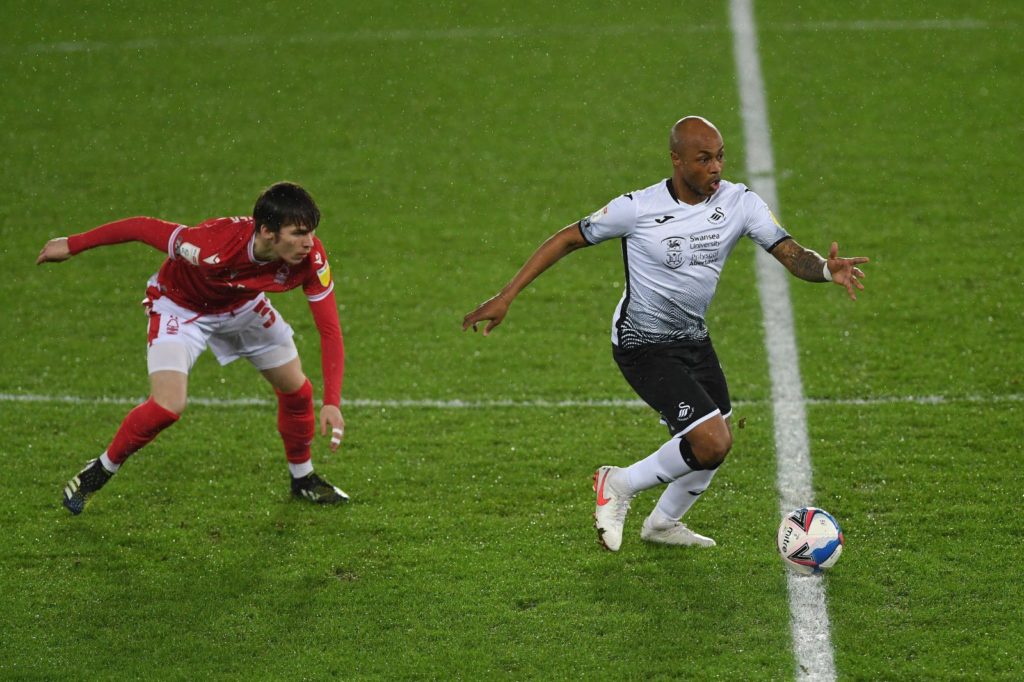 Swansea City forward Andre Ayew is delighted with their fortunate win over Nottingham Forest in the Championship on Wednesday.

The Jack Army re-established their grip on the third spot in the Championship following Connor Roberts' late header against Nottingham Forest.

Forest were the better side and would have felt hard done by had the game ended in a goalless draw.

But it was Steve Cooper’s men who steamrolled for the final glory as Roberts' towering effort won it for them three minutes from time.

Swansea remain firmly in the race for automatic promotion, while Forest drop down a place to 18th.

Ayew, who once again lasted full throttle for the Welsh-based side in the game, could not hide his excitement over the result though he admits it was accidental.

“Not the best of games but a great win today⚪️⚫️ team effort was outstanding 👊🏾 Connor and bids love it my bro’s ⚽️..we keep going.! YJB⚪️⚫️🦢”

Ayew has played 27 times in the Championship and has scored 9 goals and 2 assists.