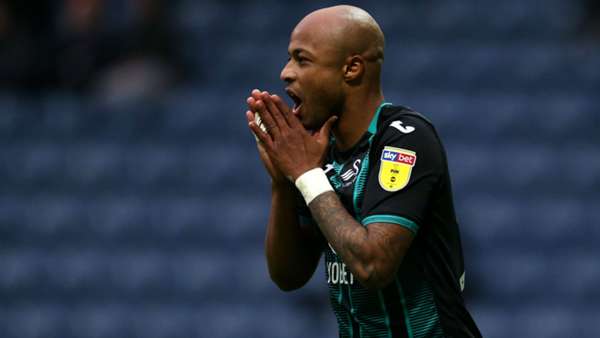 This is after the Swans suffered a disappointing defeat in the second leg of their Championship playoffs semi-final clash against Brentford. They were beaten 3-1 as they lost the tie 3-2 on aggregate to miss out on final berth and the chance to play top-flight football next season.

The Swans went into the second leg at Griffin Park with a 1-0 advantage after Andre Ayew had scored a sensational goal in the first leg last Sunday.

Brentford started the game strongly creating several opportunities. The Bees were rewarded in the early parts after grabbing two quick-fire goals by Watkins and Marcondes.

Mbeumo put the game beyond Swansea after scoring Brentford’s third early in the second half.

The Jack Army got a glimmer of hope in the last ten minutes after Brewster profited from an error at the back to reduce the aggregate deficit to just one.

Brentford held on to reach the final of the Championship play-off ending a good run this season by Ayew.

The Swansea vice-captain featured in 46 games, scoring 16 and assisting seven goals in the Championship this season.