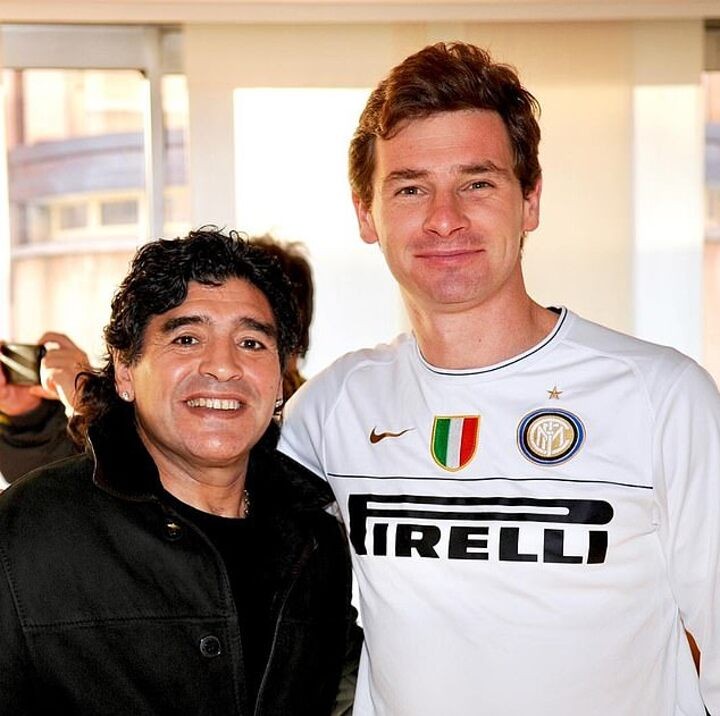 Andre Villas-Boas believes FIFA should retire the No 10 shirt across the world of football as a tribute to Diego Maradona following the death of the Argentina legend.

Maradona passed away on Wednesday at the age of 60 after suffering a cardiac arrest at his home, just two weeks after undergoing surgery for a blood clot on his brain.

Regarded as one of the greatest players of all time, Maradonna has become synonymous with the No 10 jersey - which he wore when he won the World Cup with Argentina in 1986. He also donned the shirt during his spells at Napoli, Barcelona and Boca Juniors.

Paying tribute to the football legend, Marseille boss Villas-Boas said retiring the shirt would be the best way to honour him.

'It is very bad news, as well as the loss of a board member [at Porto] who was really important to me, who was the first person to open the door for me to the coaching world,' he said after his side's 2-0 defeat to Porto in the Champions League.

'And Maradona yes it is tough news, I would like FIFA to retire the No.10 shirt in all competitions, for all teams.

'It would be the best homage we could do for him. He is an incredible loss for the world of football.'

Guardiola described him as one of the 'few incredible players' in football history.

He said: ''First (I think about) Sergio. His son, Diego was his grandfather.

'There are few incredible players in our history, he's one of them. He was someone who made this sport better. On behalf on Manchester City a big hug for all his family.'

Messi, who has also worn the No 10 shirt for Barcelona and Argentina, played under Maradona when he was manager of the national team between 2008 and 2010.

The forward posted two pictures of himself with legendary former player alongside the message: 'A very sad day for all Argentines and for football. He leaves us but does not leave, because Diego is eternal.

'I keep all the beautiful moments lived with him and I wanted to take the opportunity to send my condolences to all his family and friends. RIP.'

The Argentinian Government have announced three days of mourning following Maradona's death, while the residents of Napoli flooded the streets of their city to pay tribute to their former forward.