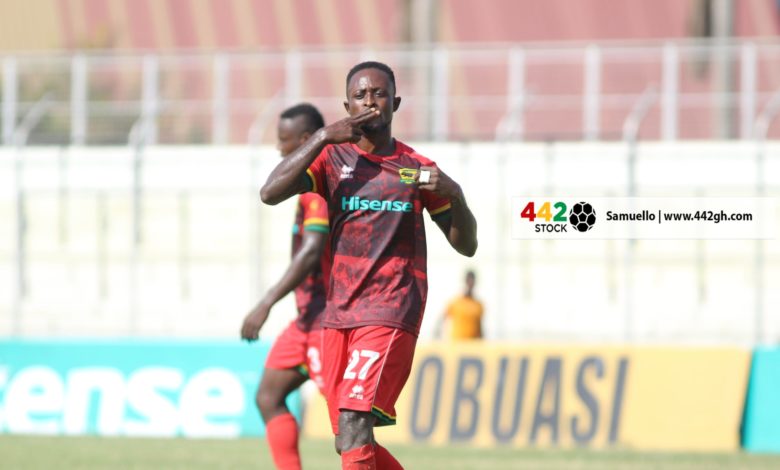 Asante Kotoko striker Andy Kumi is reportedly looking for a move away from the Porcupine Warriors due to a lack of playing time.

Coach Prosper Ogum does not trust Kumi, who joined Kotoko from Unistar Academy in the middle of last season. As a result, he has spent more time this season on the bench than on the field.

He was a key member under former coach Mariano Barreto, but Ogum prefers Cameroonian attackers Franck Mbella Etouga and Georges Mfegue, who have 18 and six goals, respectively.

Kumi is said to have informed his management of his desire to join another club, possibly on loan from Kotoko.

According to reports, the forward is expected to leave the league leaders at the end of the season, with several clubs interested in signing him.

The 23-year-old scored four goals in 16 games in the league last season.