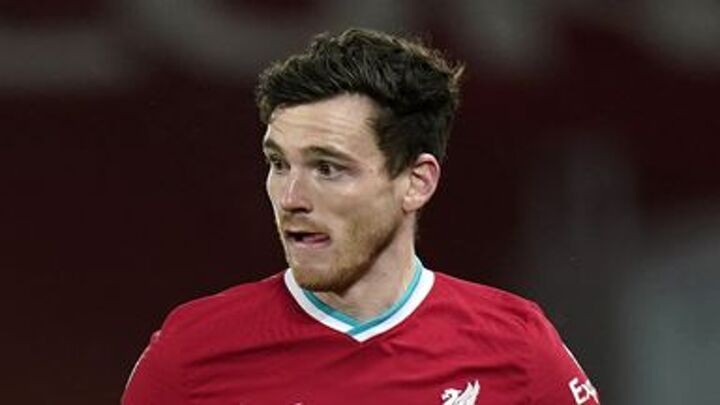 Liverpool full-back Andy Robertson says no team in the world would be able to deal with the injury problems that Liverpool have suffered this season.

After running away with the Premier League title last year, the current campaign has been marred by injuries and poor form.

Centre-backs Virgil van Dijk, Joe Gomez and Joel Matip have all been ruled out with serious injuries, while Fabinho has also been sidelined along with captain Jordan Henderson who has undergone surgery on the groin injury he suffered in the Merseyside derby and will be out until April at the earliest.

It has forced Jurgen Klopp to deploy 18 different centre-back pairings so far this season.

Speaking to Sky Sports ahead of the trip to bottom club Sheffield United on Sunday evening, Robertson said: "If you tell any team in world football that they're going to have 18 different partnerships in a season at centre-back, no team in the world deals with that, not one.

"But now we've got Nat Phillips, who obviously wasn't here last season, he was out on loan. We've got (Ozan) Kabak who's a young lad who's just come in. We've got Ben Davies, who's been signed from a Championship club and needs to take time and big Rhys (Williams), of course.

Liverpool are 22 points behind leaders Manchester City with a game in hand going into the match at Bramall Lane and Robertson admits he is now responsible for marshalling Liverpool's inexperienced backline as they look to qualify for next season's Champions League.

"It's been tough for me personally but it's part and parcel of it," he added.

Klopp: No need for massive rebuild

Jurgen Klopp has denied it is time for a rebuild of his Liverpool squad but admits a top-four finish this season will be a big achievement.

Twelve of his current squad are 28 or over, with Fabinho, Andy Robertson, Diogo Jota, Joe Gomez, Trent Alexander-Arnold and Curtis Jones currently the only players under that age who have played a major part.

"I know what you mean but I don't think it is time for a massive rebuild like how I understand it: six, seven out, running contracts but trying to get rid of them and bring in all the new faces.

"The squad of this year didn't have the chance to play together one time really. I think it would make sense to have a look at that but on top of that, of course little readjustments will happen".

Sheffield United vs Liverpool is live on Sky Sports Premier League and Sky Sports Main Event from 7pm; Kick-off 7.15pm. Sky Sports customers can watch in-game clips in the live match blog on the Sky Sports website and app. Highlights will also be published on the Sky Sports digital platforms and the Sky Sports Football YouTube channel shortly after the final whistle.