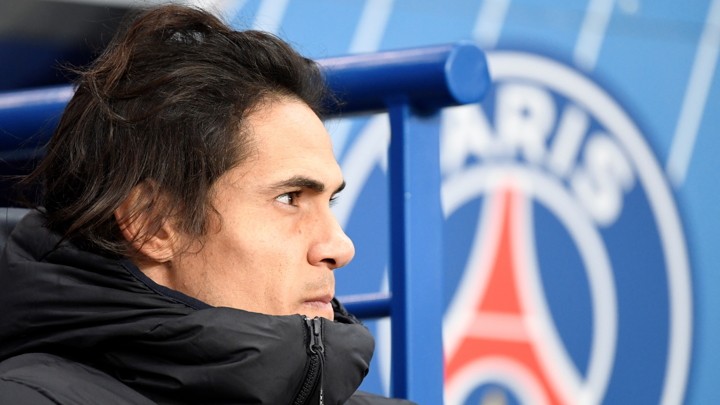 Nicolas Anelka believes Paris Saint-Germain allowing Edinson Cavani to join another club next season would be a "very big mistake".

After moving to Paris in 2013 from Napoli, the 33-year-old has fallen down the pecking order under Thomas Tuchel with his contract due to expire at season's end.

PSG's recent purchase of Mauro Icardi would seem to suggest Cavani, who has been linked with interest from Inter and Atletico Madrid, won't be staying in Paris.

Cavani's departure could however come back to haunt PSG, according to Anelka, who himself began his career at the club.

"To let Cavani go would be a very big mistake," Anelka said during a fan interview on Instagram. "He remains a No.9 as there is no more. He has a lot of trash [in his game], but he makes crazy plays and he scores. He will serve you no matter what."In Paris, you need competition. He is a super striker that you risk giving to a competitor because he will necessarily go to another big club. And when he plays against PSG, he will score for sure. And this is where they will have great regrets."

Tuchel's side were handed the Ligue 1 title this season after the campaign was called off due to the coronavirus.

While PSG are regularly succeeding domestically, continental success continues to allude them, with Anelka suggesting their lack of serious competition in Ligue 1 hasn't helped. "PSG today is a great team. With the players they have, they are good enough to win the Champions League. They will end up doing it," Anelka added.

"The only problem is the weak competition that exists in Ligue 1. To be champion of France is good, but to progress on a European scale, they need difficult matches regularly.

"I hope that Marseille will soon be bought by a wealthy Gulf businessman so that they have real adversity in Ligue 1."

Speaking about his future last month, Cavani stressed he's hoping to dictate the final stages of his playing career and not the other way around.

"My career will last for maybe several years still, here or elsewhere, I don't know," Cavani said in May.

"I've spoken about it a lot with my entourage. I've always said that I would like to quit football rather than football quitting on me.

"I'd really like to finish having given everything. To get to that point where I'd say, 'Guys, this is the point where I have to go.' I don't want life to lead me to play when I wouldn't be capable of giving my best. The day will come where it will be obvious that the time's come to move on to something else."