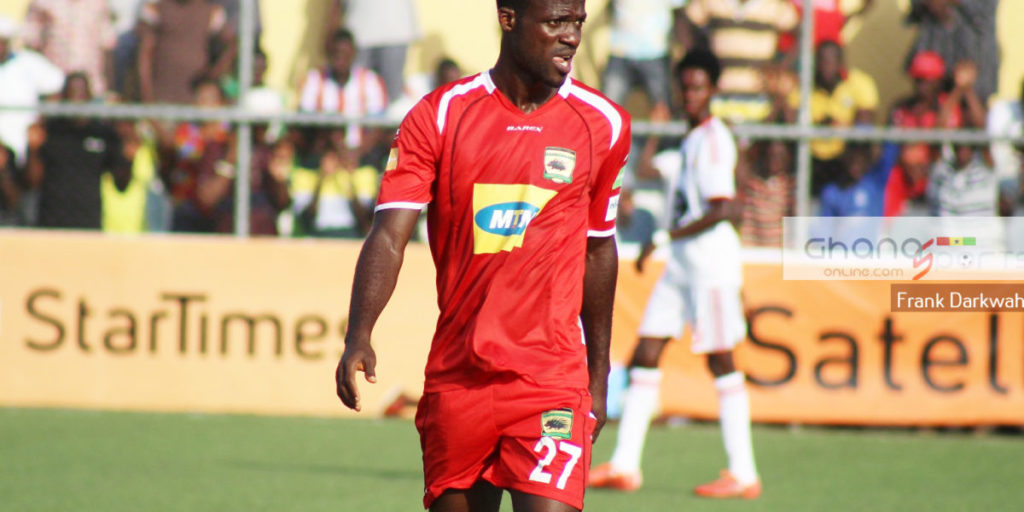 Irate Asante Kotoko fans have threatened to pull out striker Mawuli Osei from the pitch should coach Samuel Fabin dare field him again.

Osei joined the Porcupine Warriors on a one-year deal with the option to extend in the off-season,

However, the 28-year-old has is yet to hit his stride following series of below-par performances in the Ghana Premier League.

The former Liberty Professionals marksman was singled out for criticism by their teeming supporters following the 1-0 defeat afgainst Dreams FC in Week 7 of the league on Sunday.

Fans expressed their disappointment and threatened to prevent the left-footed hitman from featuring in their matches.

“We don’t want him anywhere close to the team."

"If he’s fielded again we will invade the field and stop him from playing,” the angry fans told Accra-based Asempa FM.

But the Communications Director of the club, Obed Acheampong has called on the supporters to exercise patience for the striker.