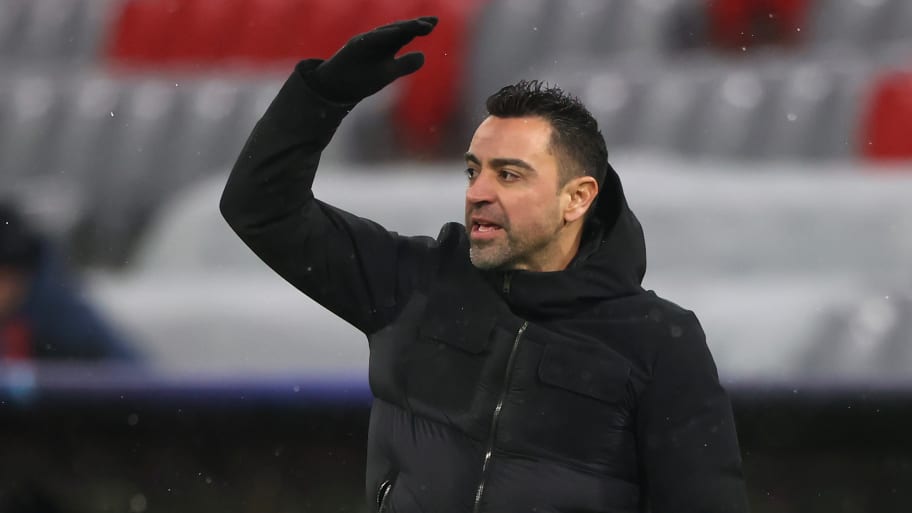 Barcelona head coach Xavi admitted he is 'pissed off' by the club's group stage exit from the Champions League, meaning their season will now continue in the Europa League instead.

Xavi's side were blown away 3-0 by Bayern Munich in a snowy Germany, and were well below the level required to compete with Europe's top teams.

Barça's elimination marks the first time they have failed to progress to the knockout stages in 20 years, and Xavi revealed his anger after the game at the situation he and the club find themselves in.

"I'm angry," Xavi admitted, quoted by Mundo Deportivo. "This is the reality and it pisses me off. We have to tackle it face on. There's nothing else for it. A new era starts today. We start from zero.

"I have seen a very harsh reality, unfortunately sometimes I also lived it as a player and what I have said to the players, we do not have to settle, we have to reveal ourselves. It is difficult to assume it but it is what there is and we need to start from scratch.

"I hoped we would compete better, but we have to be honest and we lack many things. "They [Bayern] have been better, superior and although we have tried and pressed hard, they have submitted us, contrary to what we want and this is the harsh reality."

Xavi then said that Barça needed to use the experience constructively so that they could move forward, and boldly exclaimed that the club must never find themselves in this position ever again.

"It has to be a turning point to change the dynamics, to change many things. We have not competed, this is the Champions League and now the Europa League is coming, we will face it with all the dignity in the world.

"This cannot happen again. We have to compete for the Champions League, not for the Europa League. And start working now ".

This article was originally published on 90min as Angry Xavi admits Barcelona's Champions League exit 'pisses him off'.