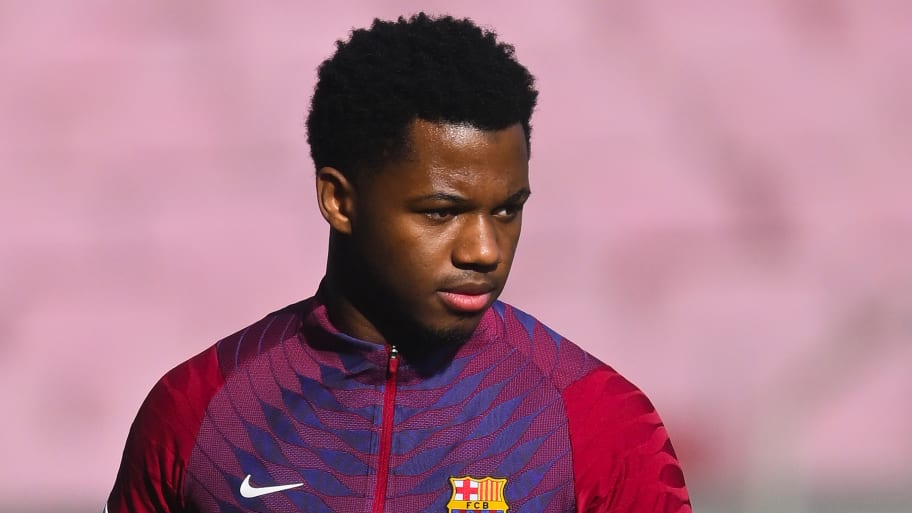 Ansu Fati is expected to make his return from injury in Barcelona's Spanish Super Cup tie with Real Madrid later this week.

The winger has missed Barça's last 11 games due to a hamstring injury, which came shortly after his long-awaited comeback from a serious knee injury that had ruled him out for a year.

But the 19-year-old has returned at an opportune time for Barcelona and is among their party travelling to Saudi Arabia for the Spanish Super Cup, which kicks off with a semi-final against rivals Real Madrid on Wednesday.

They will then face either Atletico Madrid or Athletic Club in the final should they overcome Carlo Ancelotti's side.

Despite his ongoing injury struggles, Fati has grabbed four goals in eight games so far this season, taking his impressive tally in a Barça shirt to 17 in 51.

Frenkie de Jong and Ronald Araujo have also made the trip to Saudi Arabia. The Dutchman had been sidelined with a muscular problem and the Uruguayan has had a successful operation on his broken hand, though will need to play in a protective splint.

While Barcelona confirmed on Monday that Ferran Torres has been successfully registered after some fiddling with Samuel Umtiti's contract, both he and Pedri will miss the Super Cup.

The duo returned positive Covid-19 tests last week and are yet to record negative results, forcing them to remain at home in Catalonia. There is hope that they will be able to feature in Barça's Copa del Rey clash with Athletic next week instead.

It's also emerged that centre-back Eric Garcia will miss the next five weeks with a hamstring problem as Barcelona's injury woes continue to pile up.


This article was originally published on 90min as Ansu Fati could make Barcelona comeback against Real Madrid.