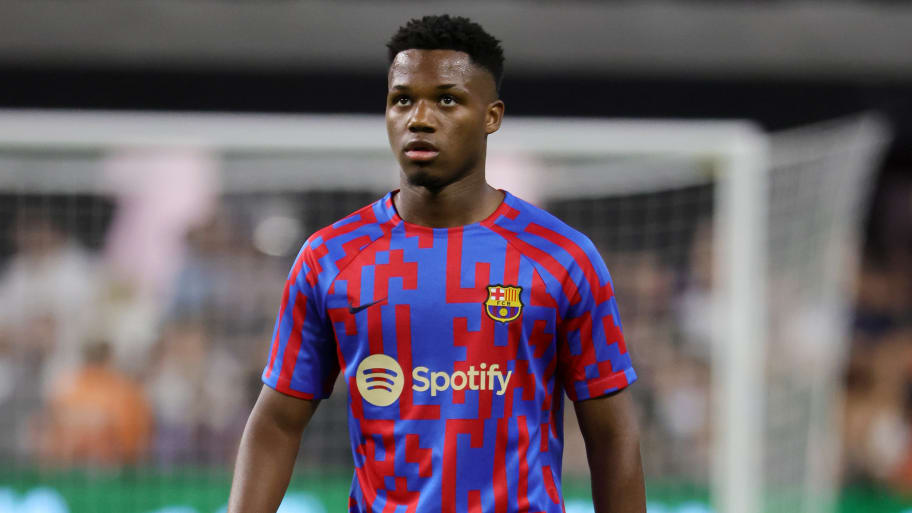 Barcelona starlet Ansu Fati has revealed he would like to see club legend Lionel Messi back at the club because he ‘deserves’ more after the way his 21 years at Camp Nou came to an end.

Slashing wages and offloading players before being able to register signings has been a recurring theme for the Catalans in recent summers after years of financial mismanagement. Messi, who had asked to leave in 2020 before changing his mind, became a victim of it.

The seven-time Ballon d’Or winner hasn’t hit he same heights since joining PSG. Although still prolific with assists, his tally of six goals in Ligue 1 last season was the first time he had failed to hit double digits in a league campaign since 2005/06 when he was 18.

“Messi? Yes I would like him back. He deserves a better end in Barcelona, he is the best player in history,” Fati told local broadcaster TV3.

President Joan Laporta has made similar comments, expressing hope that the door isn’t closed on some kind of reunion in the future.

“Messi has been everything, for Barça he has possibly been the best player in history, the most efficient, only comparable to Johan Cruyff in the history of Barca," Laporta said over the weekend.

"But it had to happen one day, we had to make a decision as a consequence of the legacy [financial trouble] we had received [from predecessor Josep Maria Bartomeu].

"The institution is above players and coaches, but I think, I wish, that the Messi chapter is not over yet at Barca and I think our responsibility is to ensure that this open chapter, which has not yet been closed, has a good moment in which it can be done as it should have been done and, in addition, has a much more splendid ending than it had.

"As the president of Barca, I think I did what I had to do. But on a personal level and also as president, I think I owe him."

This article was originally published on 90min as Ansu Fati hoping to reunite with Lionel Messi at Barcelona.