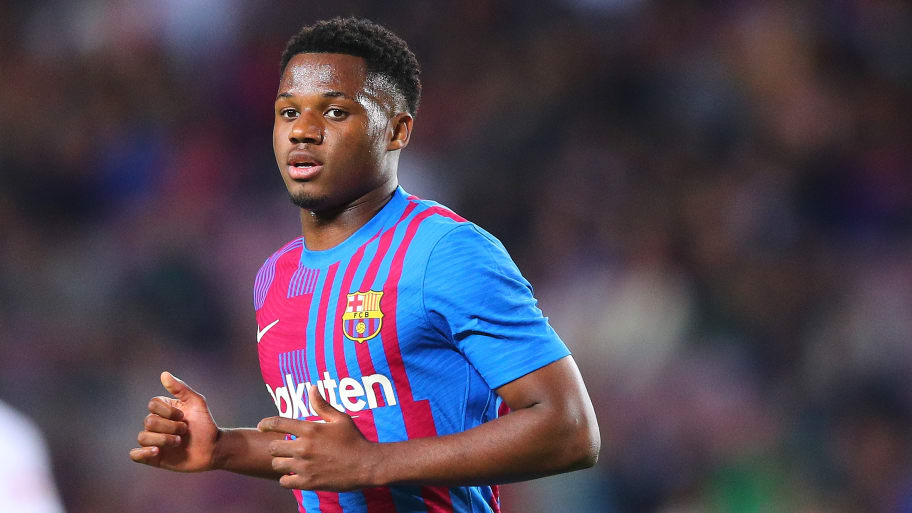 Ansu Fati has revealed he was never tempted to leave Barcelona, despite having offers to depart his boyhood club last year.

After bursting onto the scene in 2019, Fati penned a new contract until 2027 in October which included an astronomical €1bn release clause.

The forward has previously admitted he had significant interest from elsewhere before he penned those fresh terms. However, once again he has insisted he never had his head turned.

"No, honestly," he told SPORTbible. "Barça have given me everything. That is my club.

"My main ambition is to win titles with Barcelona," he added. "To achieve that for the club and the fans is my number goal. If this means I also achieve personal records, then amazing. I'll work hard and stay dedicated. Hopefully, trophies and records will come after that."

Fati has endured another frustrating season on the injury front this time out, featuring just 11 times in all competitions so far. Over the past two campaigns fitness issues have restricted him to 13 La Liga appearances overall.

Although he has still delivered when available, his patchy injury record is concerning. But Fati went on to claim he was not overly troubled by the amount of football he's missed in recent years.

"You gradually get better and stronger every day," he said. "With total effort and hard work, you can fix everything in the end. I've learned so much about myself during the recovery process."

After a long road back to fitness, Fati is now back in contention and came on as a substitute during his side's 2-1 victory over Mallorca on Sunday. It was his first involvement since January.


This article was originally published on 90min as Ansu Fati insists he never wanted to leave Barcelona.