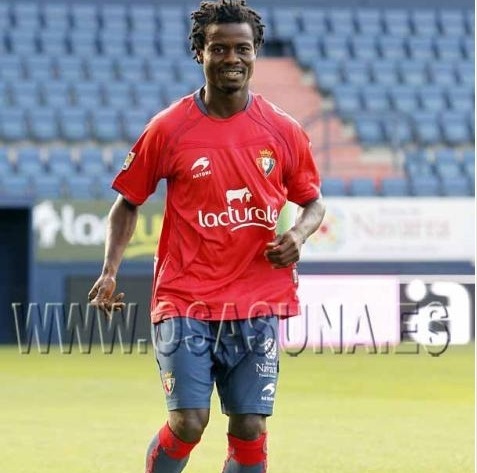 Annan moved on a season-long loan deal from Bundesliga outfit Schalke 04 where he was deemed surplus to requirements.

"I am very happy to be here and to play in the Spanish league is one of the best leagues in the world," the diminutive midfielder said at his unveiling.

"Osasuna have seen on television and I was very happy when I came out the possibility."

Annan spoke about his qualities and how he can help the team's cause for the season.

"I'm midfielder, an easy game and I'm not a confrontational player. I want to be comfortable in this team and cooperate with him. I'm defensive, but if the coach asks me to be more offensive no problem. "

On the possibility of playing against FC Barcelona this Sunday at home, the Ghana international said:

"I would like to. I'm in shape, but it all depends on the coach. Also the first thing I want is to know my new teammates and I also need time to get used to the Spanish league."

Annan becomes the sixth player to move to the Reyno de Navarra Stadium.