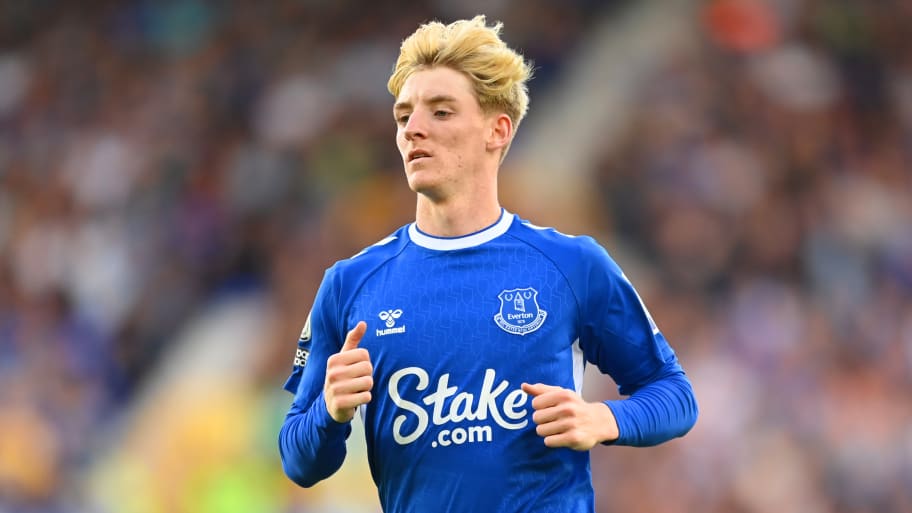 Everton forward Anthony Gordon has described the state of transfer fees in football as 'absolutely crazy' after a record-breaking summer in which Premier League clubs spent £1.9bn on new recruits.

Gordon, 21, was himself the subject of two bids from Everton's Premier League rivals Chelsea, the latter of which was worth around £60m.

However, the Toffees told the Blues Gordon was not for sail and successfully held onto one of their brightest young talents, having already seen Richarlison leave to join Tottenham in a £50m deal.

Speaking publicly on his transfer saga for the first time, Gordon admitted he feels transfer fees are out of control in football.

"That’s football nowadays - it’s absolutely crazy," Gordon said. "Personally, I don’t think any player is worth that amount of money but I’m also not going to talk myself down.

"The money in football, that’s just how it is nowadays. You’re also paying for potential all the time these days. That’s just how football goes."

Gordon also said he was wary of growing over-confident based on the rumours of Chelsea's interest in him.

He added: "I wasn’t too focused on that because I can only control what I can control.

"I think the minute you do that [thinking he is a £60m player], there’s only one way you’re going to go.

"You need to stay humble. You need to focus on today and tomorrow and don’t look too far into the future.

"That’s part and parcel of football. When you’re doing well, there’s always going to be that speculation.

"But because the place [Everton] is so good, it’s not a place where I’m devastated because I have to stay. That’s never been the case. I was never desperate to leave Everton. It was definitely not the case."

Having played for England Under-21s in their friendly victory over Germany during the international break, Gordon is now set to return to Everton ahead of their Premier League trip to Southampton on 1 October.

This article was originally published on 90min as Anthony Gordon admits £60m price tag is 'crazy'.