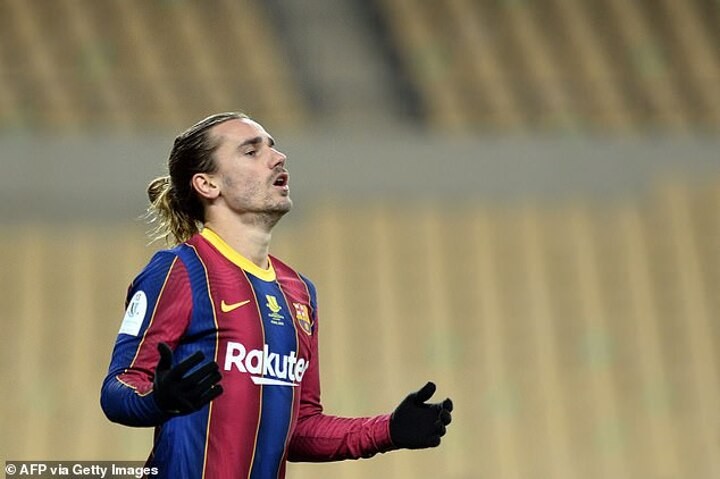 A furious Antoine Griezmann criticised Barcelona's defence as they were beaten 3-2 by Athletic Bilbao after extra time in the Spanish Super Cup final on Sunday.

Griezmann twice gave the Catalans the lead, however Bilbao enjoyed the game's best chances, causing havoc at set-pieces as they had a goal disallowed for offside and missed two gilt-edged headers to increase their advantage in the extra period.

'I'm angry, annoyed, peeved. Every single bad feeling you can have after losing a final,' Griezmann told Movistar.

Barca have struggled to defend dead ball situations in big games in recent years, conceding from corners in their famous Champions League eliminations to AS Roma and Liverpool.

They are currently missing defensive lynchpin Gerard Pique, who is likely to be out until March with a knee problem, and are sorely missing his presence at the back.

'We knew that Marcelino's side's press well and they played well, but we made so many strategic mistakes.

'We defended poorly and weren't communicating on set-pieces: important little details like when the ball is cleared or when we need to push out, someone needs to be shouting.'