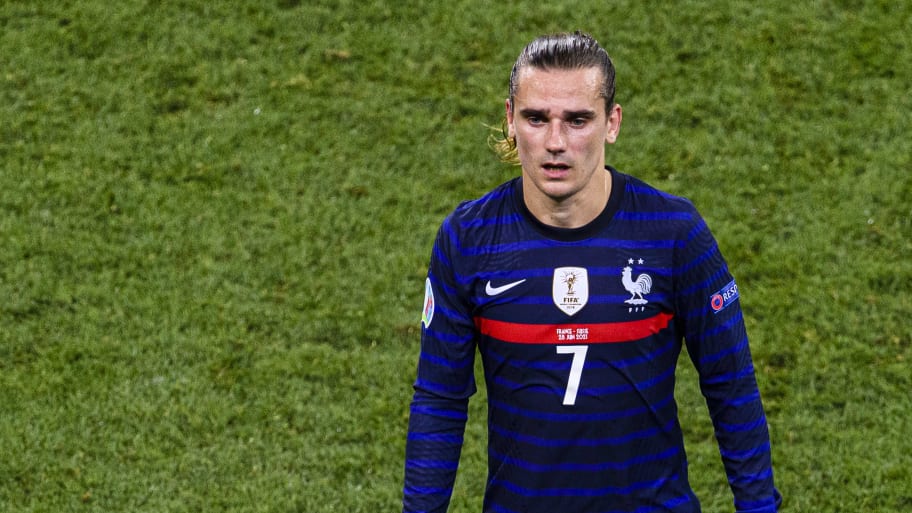 Antoine Griezmann's return to Atletico Madrid after two seasons appears to be off, as negotiations between Barcelona and Atleti broke down over a swap deal.

30-year-old Griezmann has effectively been put up for sale by Barcelona, as the Catalan club look to address a financial crisis by offloading several big earners.

All but a few key players at Camp Nou are available for the right price this summer, as Joan Laporta and the Barça board's priority remains re-signing and re-registering Lionel Messi in a way that doesn't break the bank or La Liga's strict financial controls over wage budgets.

In recent days, Griezmann had been earmarked for a return to Atleti, where he spent five seasons and scored 133 goals before joining Barcelona in somewhat acrimonious circumstances in 2019.

Talk suggested he would return to Diego Simeone's side in a part-exchange deal that would see Liverpool and Manchester United-linked midfielder Saul Ñiguez go in the other direction.

Reports claim that the French World Cup winner had already spoken to Simeone over the prospect of the transfer and had his heart set on the move.

Atletico president Enrique Cerezo even said coyly that "everything is possible" when asked directly about a return for prodigal son Griezmann.

However, SPORT now reports that that deal is off, with Barça unwilling to let Griezmann go on the cheap - having been stung by Luis Suarez's switch to the Spanish capital last summer.

SPORT suggest that Atleti were unable and unwilling to stump up €20m in addition to fronting a player for Griezmann.

It is also added that Barça preferred an exchange involving forward Joao Felix rather than Saul.

With that deal now dead, Griezmann - one of Barça's biggest earners after Messi and with a contract that runs until 2024 - is now a 'problem' for the club.

However, SPORT's report adds that Barça remain hopeful that a Premier League club will ride in and save the day.

The piece name-checks Manchester United and Chelsea as possible suitors, while Juventus are seen as another possibility. Whether there is any actual intel that that trio of trio are interested or it's just pure speculation remains to be seen.

Manchester City apparently ruled out a bid for Griezmann last week, while precious few other clubs worldwide would be able to finance a deal for the Frenchman.