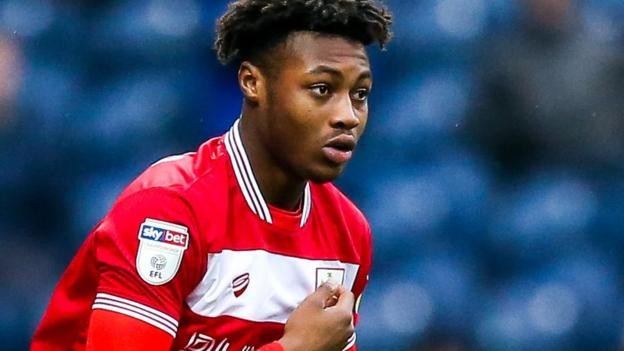 Bristol City forward Antoine Semenyo has signed a new four-year deal, with the option of a further 12 months.

The 19-year-old spent the first half of last season on loan at League Two side Newport, scoring six goals in 32 games before being recalled in January.

Semenyo then made four Championship appearances, getting sent off in the Robins' defeat by Derby in April.

"I'm hoping to score goals, help the team and hopefully we can secure promotion," he told the club website.

City head coach Lee Johnson said: "We believe Antoine has a promising future and are delighted to have secured him on a long-term contract."