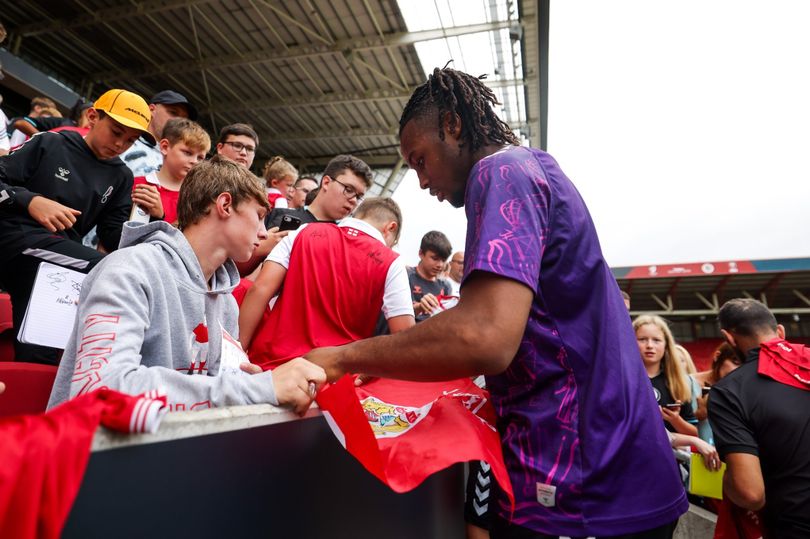 Nigel Pearson, the manager of Bristol City, has hinted that Antoine Semenyo is nearing a return to action after admitting that the striker believes he is "alright to play."

Pearson will not rush the Robins' key striker back, but Semenyo is expected to return before the end of the month after initially being expected to be out until September.

Semenyo took part in a light session at City's open training at Ashton Gate on Tuesday but was only allowed to use the exercise bike.

He was then surrounded by supporters, and he reportedly stated that he hopes to return "perhaps sooner."

While Pearson admitted that Saturday's game against Sunderland is likely too soon for the 22-year-old, the manager went into greater detail about his recovery, ensuring that the club will continue to take a methodical approach to ensure he returns fit and firing.

"When you look at someone like Antoine, I think what is sensible with the type of injury he has had... (when I say) his loading, I mean the amount of training and the stresses that he is put under needs to be built up so it would be pretty stupid and unprofessional to just bung him back in, even though he thinks he's alright to play," Pearson said.

"I'd rather have that as a situation where we have to rein players in but he is making good progress and we are all hopeful he will be with us sooner rather than later but I won't give a date or timeframe."