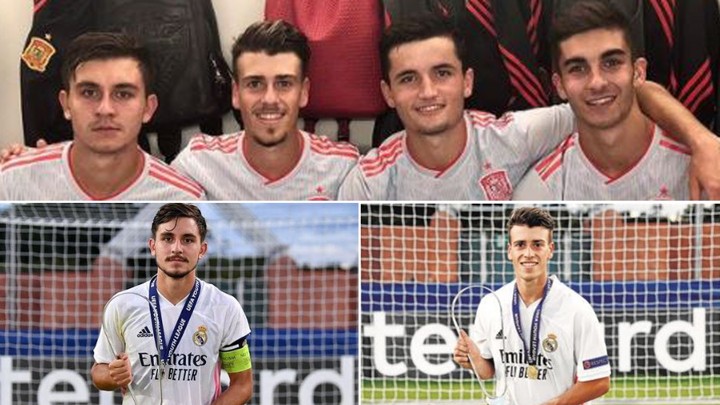 On Wednesday night, Real Madrid will travel to take on Alcoyano in the Copa del Rey, bringing with them two Castilla players who are already no strangers to winning things.

Antonio Blanco and Victor Chust, called up by Zinedine Zidane for the match, are the spine of Raul Gonzalez's Castilla team and have won trophies for Spain at youth level.

The pair, both from the class of 2000 that has seen peers such as Ferran Torres already reach the elite, have won European Championships for Spain at under-17 and under-19 level, as well as the UEFA Youth League in club colours.

Blanco and Chust are in their second and probably final years at Castilla, meaning they have half a season left to either impress Zinedine Zidane or, perhaps more likely, one of the other teams in LaLiga Santander as first-team opportunities are typically hard to come by at Los Blancos.

A central midfielder and centre-back respectively, Blanco and Chust are the leaders of a Castilla side that have picked up 12 points from eight games in the Segunda B this season.