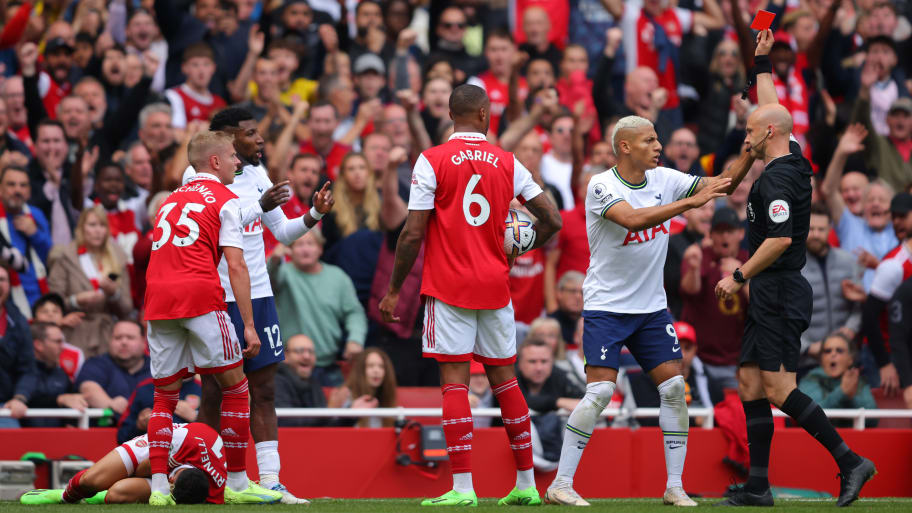 Tottenham head coach Antonio Conte has said that Emerson Royal needs to 'exploit this situation' and learn from his mistakes after he was sent off in Saturday's 3-1 loss at Arsenal.

Spurs went behind in the derby to a Thomas Partey strike before a Harry Kane penalty saw them go into half-time on level terms.

However, Gabriel Jesus put the hosts back in front on the other side of the break, and Tottenham's day was made all the more difficult when Emerson was shown a red card for a challenge on Gabriel Martinelli's Achilles. Granit Xhaka scored the final goal of the day soon after.

Speaking post-match, Conte first suggested that he did not totally agree with referee Anthony Taylor's decision to send Emerson off, but that the Brazilian must now utilise this experience to come back stronger.

"The red card killed the game. In my opinion if I have to complain, we had chances in the first half and space to exploit and for this reason the game was in balance for the second half," he began.

"For sure the player is frustrated. He knows what happens and the difficulty we were after the red card. It can happen. Emerson is also a young player. He has to try to exploit this situation to be better and in the next situation to avoid the tackle. The player was really surprised about the decision, as were all the players."

Tottenham are now four points behind Arsenal in the Premier League table after suffering their first loss of the domestic season.