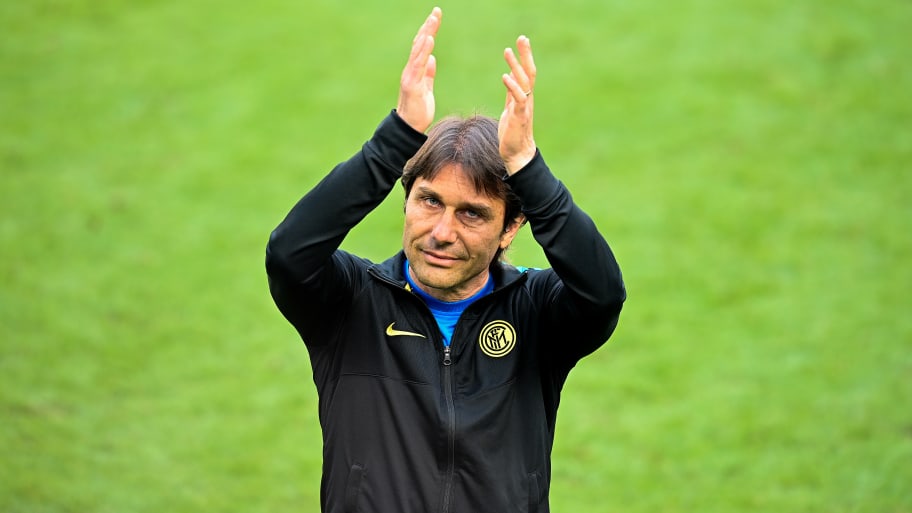 Former Inter boss Antonio Conte would be open to replacing Ole Gunnar Solskjaer at Manchester United if the opportunity arose, but 90min understands he has concerns over just how much the Red Devils would actually want him.

Solskjaer was under immense pressure at Old Trafford even before Sunday's humiliating 5-0 defeat at home to Liverpool, after which there have been intense calls for a change to be made.

One of the leading candidates to replace Solskjaer is Conte, who remains out of work after leaving Inter in the summer, and sources have confirmed to 90min that the Italian would be interested in holding talks over joining the club.

Conte is not actively waiting for the Old Trafford gig, but he would listen if the phone rang, although he would have a number of significant concerns over his fit for the role.

A primary concern for the former Inter boss is his fit with the United philosophy. Those in charge at the club have championed a free-flowing, attacking style of football, while Conte's success has come from a more pragmatic approach.

There are also fears that the United fanbase may not take too kindly to Conte either, with his history at Chelsea a potential concern.

As a result, the United hierarchy are understood to have their own worries about hiring Conte, but as was the case with Tottenham in the summer, he is prepared to meet with the club chiefs to discuss the situation.

That is complicated further by the fact that United are yet to confirm when executive vice-chairman Ed Woodward will leave the club after he handed in his resignation following the failed Super League proposal, while there has also been no information on his replacement.

Conte would want to know under whom he would be working at Old Trafford and would be unsure of joining without a concrete answer.

As of yet, there is no indication that United will sever ties with club legend Solskjaer, but the pressure on the boss has mounted to an unsustainable level after the humiliating defeat to Liverpool.

Conte's name has been circulating in the rumour mill for a while now, as has former Real Madrid boss Zinedine Zidane, who is also out of work after walking away from the Spanish side at the end of last season.

This article was originally published on 90min as Antonio Conte open to taking Man Utd job.