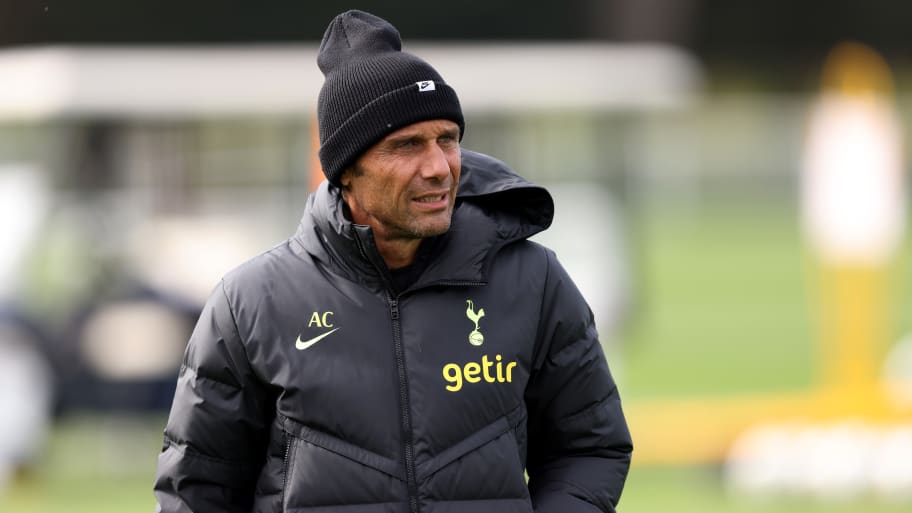 Antonio Conte faced the media on Monday as his Tottenham side prepare to return to the Champions League against Eintracht Frankfurt in Germany.

Spurs suffered north London derby defeat on Saturday as an error-strewn performance saw Arsenal run out comfortable 3-1 winners. Having lost in Europe to Sporting CP last time out, Conte's side need a positive result on Tuesday to secure their spot in the top two places of Group D.

Here's what he said in the build-up to the game.

"We made really bad mistakes for the bad passes. We had the chances to go one to one. Every team has to think the way to play in different games."

Will Spence get more game time?

"The fans have to be fans. They can think anything but I see every day the training sessions. If they trust me, they trust me, but the choices are mine. If I don't decide to pick a player, it's because he's maybe not ready.

"No new injuries. We have recovered Ben Davies. He will be on the bench. Only this news. Kulusevski is still out. Moura is out."

When will Kulusevski return?

"With this type of players and this squad we can play with these two systems, 3-4-3 and a 3-5-2. Also Bissouma who is a good player who can play with the two midfielders and the two strikers can be Sonny and Kane or Richarlison and Kane.

"Bryan Gil is in the squad and for sure he is the first option for our attack because Kulusevski and Moura is out. We are talking about a young player, we wanted to see him on loan to Valencia but for many circumstances the situation has changed. I trust him."