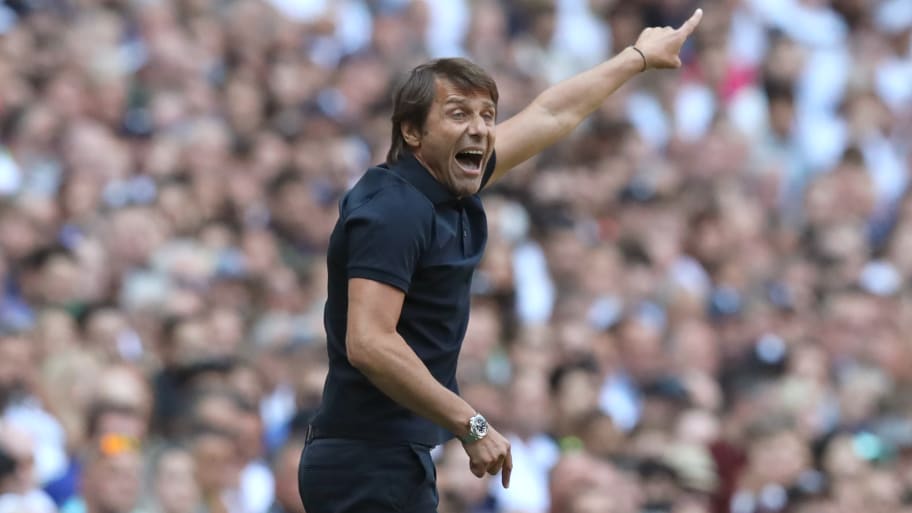 Antonio Conte has insisted that not starting any of Tottenham's six new signings in their Premier League season opener against Southampton was 'common sense'.

Spurs came from a goal down to beat the Saints 4-1 on Saturday. James Ward-Prowse opened the scoring with a stunning half-volley, before Ryan Sessegnon and Eric Dier turned the game around before half-time.

After the break, a comical own goal from Mohammed Salisu and a pearler from Dejan Kulusevski wrapped up the points for Tottenham.

However, part of Spurs' momentum heading into the new campaign has come from their summer window activity. Ivan Perisic, Fraser Forster, Yves Bissouma, Richarlison and Djed Spence have all signed on, while Clement Lenglet has joined on loan.

But none started in Saturday's win - Richarlison was handed a one-game suspension for throwing a flare into the crowd while at Everton and so was ineligible - and Conte explained post-match why he opted not to start any of those available for selection.

"Me, I'm not surprised because I think I used common sense. In this moment we are starting the new season and the old players reached a big achievement last season to get a place in the Champions League," he said

"My message was very clear. I trust a lot in the old players and in this moment they are more reliable than the new players because they need to work with us and implement their football knowledge.

"With the old players I am a step forward than the new players. I think it was right after this game and the final sense. I am really happy though because we have new signings who will go into our process and they will learn fast to improve and at the same time they have to know that they have to fight and give me the possibility to rotate.

"Right now, we are playing once a week but in September it will be three games a week and it's important to rotate without dropping the quality and the club agreed with me."


This article was originally published on 90min as Antonio Conte reveals why he didn't start Tottenham's new signings in Southampton win.